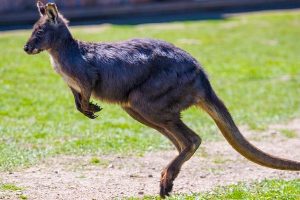 The Australian Securities and Investments Commission (ASIC), financial markets regulator in the country, proposed on Wednesday further restrictions on the practice of the controversial payment for order flow (PFOF) model with an amendment of the market rules.

PFOF model allows the retail brokerages to send their orders to wholesale market participants like market makers and hedge funds instead of exchanges for execution. In return, the orders are executed with a marginally better price, and the retail broker receives payments or other incentives.

Though the PFOF model is not yet prevalent in the Australian markets, ASIC is becoming cautious with the wide acceptance of the model in major markets like the United States.

According to the Aussie watchdog, its existing market rules ‘do not deal with certain payment-for-order-flow scenarios such as arrangements between non-market participant intermediaries,’ and it is intending to fill this regulatory gap.

“Payment-for-order-flow arrangements create conflicts of interest that can lead to poor client outcomes. It can also negatively impact market liquidity and pricing,” ASIC stated. “In our view, these harms outweigh the benefits.”

The PFOF model was pushed into popularity by the US broker, Robinhood which disrupted the established brokerage industry with its zero-commission model. The company instead earned from selling its orders to the private market makers.

However, the business model has now attracted the attention of several regulators. The US Securities and Exchange Commission (SEC) is already scrutinizing PFOF over the concerns of incentives that might encourage the brokers to sell the orders for their own benefits instead of the traders’.

In addition, Robinhood faced hefty fines from multiple US regulators for failing to protect its clients’ interests.

Moreover, the EU regulators revealed their stance against the PFOF model and warned that it is not compatible with the existing MiFID II rules.

Meanwhile, the ASIC has published a consultation paper with its proposal for PFOF restriction and is receiving industry feedback till November 3, 2021.