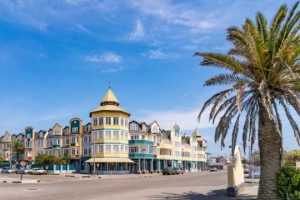 The Bank of Namibia (BON) has warned individuals investing in cryptocurrencies that it will not entertain their complaints should they get scammed. The institution argues that since its mandate does not currently cover digital currencies, it lacks the “legal power” to follow up on such complaints.

This latest BON warning about risks associated with cryptocurrency trading comes as Namibia is seeing increased reports of crypto investors losing money to scammers. As noted in one report, the scammers are using the promise of high returns as well as training opportunities to lure their victims.

In the meantime, in his response to an inquiry from a local media outlet, the central bank’s spokesperson, Kazembire Zemburuka, asserts that as Namibia’s sole issuer of legal tender, the BON “does not recognise, support and recommend the possession, utilisation and trading of cryptocurrencies by members of the public.”

While Namibia, like many other African states, has taken a stance against cryptocurrencies, its citizens ( as Zemburuka concedes) are still keen on investing in cryptocurrencies. This interest, in turn, has prompted the BON to issue a risk warning to crypto-traders operating within its jurisdiction. Zemburuka said:

Thus, members of the public who do so will have no recourse to the bank in the event of financial loss or misfortune.

In the meantime, the BON spokesperson reveals that despite his organization’s skeptical stance on digital currencies, the Bank of Namibia is currently “in the process of conducting further research on cryptocurrencies.” According to the media report, once this additional research has been finalized, the BON “will update its position if deemed necessary.”

What are your thoughts on the BON’s latest comments about cryptocurrency trading? You can tell us what you think in the comments section below.