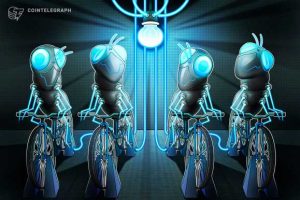 Amid the ongoing concerns over Bitcoin’s (BTC) energy consumption, a new study states that the traditional banking system consumes much more energy than the Bitcoin network.

Compiled by Galaxy’s mining arm, the study estimates Bitcoin’s annual electricity consumption to stand at 113.89 TWh, including energy for miner demand, miner power consumption, pool power consumption, and node power consumption. This amount is at least two times lower than the total energy consumed by the banking system as well as the gold industry on an annual basis, according to Galaxy’s estimations.

While Bitcoin’s energy consumption is transparent and easy to track in real time using tools like Cambridge Bitcoin Electricity Consumption Index, the evaluation of energy usage of the gold industry and the traditional financial system is not that straightforward, Galaxy Digital Mining stated.

In order to calculate the energy consumption of the gold industry, Galaxy Digital Mining implemented estimates for the industry’s total greenhouse gases emissions provided in the World’s Gold Council’s report titled “Gold and climate change: Current and future impacts.” As estimated in the study, the gold industry utilizes roughly 240.61 TWh per year. “These estimates may exclude key sources of energy use and emissions that are second order effects of the gold industry like the energy and carbon intensity of the tires used in gold mines,” Galaxy noted.

Galaxy Digital’s analysis on Bitcoin’s energy consumption comes amid a major crypto market crash that follows Tesla CEO Elon Musk’s decision to stop accepting BTC as payment for car purchases due to environmental concerns. “Cryptocurrency is a good idea on many levels and we believe it has a promising future, but this cannot come at great cost to the environment,” the CEO wrote on Twitter last week.

Musk’s move spurred wide-scale criticism from the crypto community, with some stating that SpaceX would have to switch it rockets to “more sustainable energy” in order to not “look like a clueless big hypocrite.”

Crypto markets shed over $500 billion after Musk took to Twitter with his announcement, with Bitcoin today slipping below $43,000 for the first time since early February. The exec apparently brought more stress to the market by hinting that Tesla has plans to dump Bitcoin from its balance sheet soon.