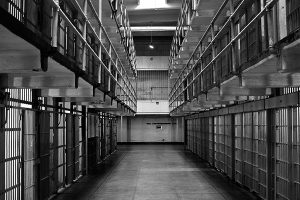 A media outlet has revealed the name of one of the suspects arrested during a raid conducted on Thursday by the Israeli police in connection to a cryptocurrency fraud. According to Calcalistech, Moshe Hogeg, founder of Sirin Labs and Stox, both blockchain firms and the football club Beitar Jerusalem owner, was among the arrested eight people in the bust.

The crypto entrepreneur is accused of having defrauded investors with tens of millions of dollars during the scheme. Moreover, he faces charges of money laundering and sexual offenses. Other individuals arrested and allegedly part of the crypto fraud ring were Hogeg’s brother Oded, Avishai Ziv, Hogeg’s Singulariteam Venture Capital fund CEO, and Adi Sheleg.

As part of the police operation, the Israeli authorities raided Beitar Jerusalem’s offices, searching for evidence concerning the case pursued against the crypto fraud. “I’m forced to cancel today’s conference, apologies. It is all for the best,” Hogeg posted on his Facebook profile last Tuesday, who was expected to speak at a conference today about NFTs.

Hogeg had faced several lawsuits over the last few years, as he had been accused of wrongdoings among his crypto ventures, with a recent lawsuit filed before the Tel Aviv District Court, seeking $5.5 million.

As Finance Magnates reported, Israeli police raided the homes and businesses of the eight suspects. Additionally, the police confiscated documents and exhibits related to the investigation. According to their share, the suspects are said to have deceived investors of several cryptocurrency projects and are believed to have pocketed tens of millions of shekels each.

The suspects might face many charges that include offenses for receiving anything fraudulent under aggravated circumstances, theft by a licensee, and conspiracy to commit a crime. In addition, they might be indicted under the Anti-Money Laundering Act and for tax offenses.