Belarus president urges citizens to get into block reward mining 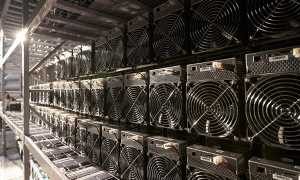 Lukashenko was speaking during the opening of the Petrikovsky mining and processing plant, Russia’s RBC news agency reports. He stated that the country is underusing the cheap electricity and that more economic activities must sprout to take advantage of it.

One of the lucrative activities that citizens can engage in with this energy is block reward mining, rather than moving to neighboring countries to seek low-paying jobs.

“We must understand, they are not waiting for us anywhere […] Build something based on electricity. After all, start mining cryptocurrencies or whatever it’s called. There is enough electricity in the country,” Lukashenko said.

Lukashenko is the first Belarusian president, a position he has held since 1994. He has been accused of political dictatorship and crimes against humanity, with those opposed to him are being jailed in droves, and some even losing their lives.

As a result, major economies have imposed crippling sanctions on the country, further constricting an already struggling economy. The White House recently tightened its sanction, accusing the government of “an assault against the democratic aspirations and human rights of the Belarusian people.” The U.K. and Canada followed suit.

Digital currency block reward mining thus offers a glimpse of hope to an economy that is heavily reliant on petroleum and potassic fertilizers. In turning to digital currencies, Belarus would be joining other countries like Iran and North Korea—both of whom have been accused of abusing human rights—in looking to virtual assets as a source of reprieve from international sanctions.

Lukashenko has been friendly towards digital currencies, with the sector being legally recognized and regulated since 2017. Currency.com is the only registered exchange in the country.

The president has also been supportive of block reward mining for years. In 2019, he called on the country to use excess energy from the country’s first nuclear power plant to mine digital currencies.