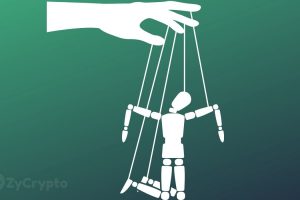 In a very unexpected twist, the CEO of Binance has lashed out on Elon Musk, following his negative tweets about Bitcoin. For many, this comes as a shock especially considering that CZ had previously opined that he suspected that the Billionaire was the real creator of the benchmark cryptocurrency.

With Musk’s recent stances on Bitcoin, many have now ruled out the possibility that Musk may have contributed even slightly, to the creation process of the asset, and CZ has ignored his initial hunch, as he proceeded to accuse the billionaire of being irresponsible.

Shortly after Musk’s viral Bitcoin meme, CZ took to Twitter to touch on the impact of Musk’s humorous Bitcoin tweets. A very displeased CZ can be seen posting; “Greater power with great responsibility, great. Great power with random “humor”, not great, and not funny.” A tweet that Tron’s Justin Sun has responded to, by tagging Elon Musk. Although at this time, Musk is yet to retract his tweets or respond to CZ.

In a series of preceding tweets, CZ had a little more to say to Musk. Directing yet another tweet at the Billionaire, CZ noted that many cryptocurrency investors were losing their investments due to the FUD that Musk’s tweet stirred up in the market.

He went on to advise traders to not fall for “market manipulation” a term which U.S Congressman Warren Davidson believes to be driving Musk’s recent statements. In a final tweet, CZ advises market participants to not follow in the steps of big billionaires, particularly Elon Musk, as many observed in the tweet.

“I know zero rich people that became rich because they did things according to other rich people’s tweets. Let that sink in.”

At the time of this report, Bitcoin has dropped by 4% as prices slipped to $37,000. The bears have managed to pull Bitcoin to a danger zone, and the cryptocurrency could very easily drop below $37,000 any moment from now.

More room for a price decline could be created if the FUD is fueled by yet another fundamental pushback, which could also be another tweet from Elon Musk.

However, as Ethereum’s Vitalik Buterin and many other Bitcoin proponents asserted over the week, Musk’s impact on the Bitcoin market will drop significantly, as the Billionaire is now losing credibility, following his Bitcoin energy consumption tweets which market players refer to as highly inaccurate.