Home » Binance is reportedly under investigation from IRS and Justice Department

Binance is reportedly under investigation from IRS and Justice Department 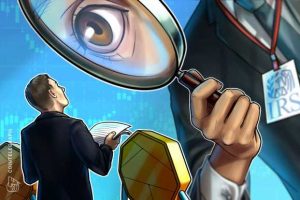 Major cryptocurrency exchange Binance is reportedly under investigation by both the United States Department of Justice and Internal Revenue Service in an apparent effort to stymie illegal trading activity from users in the United States.

According to a Bloomberg report, the two government agencies are looking into Binance Holdings Ltd as part of an investigation into U.S. residents using cryptocurrencies for illegal transactions. Officials are reportedly seeking information from Binance employees and customers, but not all their inquiries are necessarily tied to allegations of wrongdoing. The report said the information came from unnamed sources who requested anonymity due to the confidential nature of the probe.

Jessica Jung, a spokesperson for Binance, said the compan took their legal obligations “very seriously and engage with regulators and law enforcement in a collaborative fashion.” CEO Changpeng Zhao, also known as CZ, said on Twitter that the crypto exchange was collaborating with the law enforcement agencies “to fight bad players” rather than seemingly being the target of any potential investigation.

In March, Bloomberg reported that the Commodity Futures Trading Commission was also investigating Binance. Regulators were reportedly determining whether U.S.-based Binance users purchased and sold cryptocurrency derivatives on the platform. At the time, CZ dismissed the report in a similar fashion, saying it had “no teeth” and denying any allegations of misconduct at Binance.

Cointelegraph reached out to Binance, but did not receive a response at the time of publication.