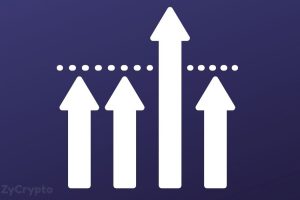 Binance Smart Chain (BSC) has hit a new record-breaking figure in the number of blockchain transactions. The blockchain recorded 14.7 million transactions in a single day on November 16, a feat no other blockchain has ever achieved.

“When compared to other blockchains, BSC currently boasts an ecosystem with the most number of transactions ever recorded at the lowest possible fees,” he said.

Binance Smart Chain (BSC), which is a blockchain that shares a lot of similarities with Ethereum, has been outperforming it in several metrics. BSC’s record-breaking daily transaction volume is around 13x more than Ethereum’s top daily transaction which has been hovering around 1.2 and 1.3 million per day in the past few days.

BSC is also significantly cheaper than Ethereum. Total transactions fees on BSC so far amount to circa $800 million (around 1.4 million BNB) while Ethereum has raked in transaction fees of over $12 billion (around 2.6 million ETH).

BSC is rapidly emerging to be a tough adversary for Ethereum due to these metrics. Having started as an ERC20 token, the blockchain has gone to become a growing ecosystem for decentralized applications. It currently plays host to over 800 DApps as well as NFT projects and has consistently recorded more active addresses than Ethereum despite being newer. The reasons behind the success have been pointed out to be due to the better cost-efficiency of BSC and transaction speed. Among the top-rated DApps on the BSC ecosystem include PancakeSwap, Venus protocol, and Alpha Finance.

Equally contributing to BSC’s growth is its culture of supporting projects building on the ecosystem. Binance recently announced a $1 billion growth fund that will be distributed among various categories of projects developing on the blockchain. In the past, its project support mechanism has provided funding to more than 55 projects and incubated around 60 projects with its Most Valuable Builder Program. They have also supported more than 200 startups through hackathons and grants.

The race of the “Ethereum killers”

BSC is a very strong competitor for Ethereum, but there are several other “Ethereum killers” that are as well showing impressive performances.

Among them are Cardano, Solana, and Polkadot. These blockchains are all currently significantly cheaper than Ethereum which is still struggling with high transaction fees. The fee problem on Ethereum has also contributed to the success of these blockchains.