Binance unit in Turkey hit with fine over AML non-compliance 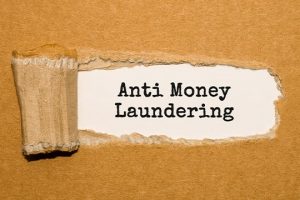 Binance is in trouble yet again. A Turkish watchdog has charged the local unit of the digital currency exchange with violating anti-money laundering requirements and imposed the highest possible fine.

The Financial Crimes Investigation Board (MASAK) imposed a fine of 8 million lira ($750,000) on BN Teknoloji, the local unit of the cryptocurrency exchange.

According to a report by state-owned media agency Anadolu, MASAK conducted an audit on how well digital currency exchanges in Turkey had complied with Law No. 5549 on Prevention of Laundering Proceeds of Crime, also known locally as the AML law.

The regulator reportedly found that BN Teknoloji had failed to fully comply with this law and issued the fine, the first it has imposed since it was given authority over the digital currency space.

The AML Law requires financial service providers to adhere strictly to anti-money laundering (AML) and know your customer (KYC) requirements. These include identifying and verifying the personal identification information for all their clients. Service providers must also notify authorities of any suspicious transactions or transactions above a certain threshold within 10 days. In Turkey, this threshold stands at 75,000 liras ($6,600).

MASAK has been overseeing virtual asset service providers (VASPs) in Turkey since May this year, when the Regulation on the Prevention of Laundering Proceeds of Crime and the Financing of Terrorism was published. This law put VASPs squarely under its oversight and established the penalties that exchanges stand to face if they violate it. While there are fines for almost every other violation, the law also prescribes prison sentences of up to three years for offenders.

The crackdown by MASAK is the latest in a long line of enforcement actions for Binance. 2021 has been a crazy year for the exchange as regulators finally caught up to it after years of recklessly flouting financial regulations.

It has been forced to halt several products in dozens of countries after regulators determined it was operating illegally, from Singapore to Hong Kong to Germany to South Africa. And as regulators get a stronger foothold on the industry, it will almost certainly get worse for Binance.

Follow CoinGeek’s Crypto Crime Cartel series, which delves into the stream of groups—a from BitMEX to Binance, Bitcoin.com, Blockstream, ShapeShift, Coinbase, Ripple, Ethereum,
FTX and Tether—who have co-opted the digital asset revolution and turned the industry into a minefield for naïve (and even experienced) players in the market.