Home » Crypto » Bitcoin Class with Satoshi: Uber could be better without Uber Inc.

Bitcoin Class with Satoshi: Uber could be better without Uber Inc. 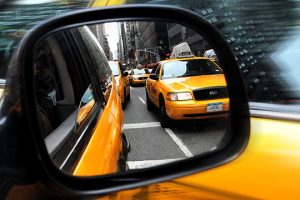 “Bitcoin was originally meant to be primarily IP to IP,” says Dr. Craig S. Wright in the latest episode of “Bitcoin Class with Satoshi.” He and sCrypt founder Xiaohui Liu continue to expand on “aspects of Bitcoin that people don’t think about anymore,” this week looking at how Bitcoin-based platforms could replace most of today’s best-known tech brands.

Dr. Wright says he wanted people to build things on top of Bitcoin, rather than change the protocol itself—a wish that wasn’t fulfilled until BSV developers fully restored the original rules in January 2020. SPV and IP to IP (the ability to exchange information directly with other users, without going through proxies) are important to building these new services.

There must be ways to exchange information without everyone being online all the time—even though they often are these days, it’s not 100%. Since most people think of Bitcoin as a payments network before other use cases, Dr. Wright looks at ecommerce.

People need to exchange all kinds of information with the people they’re transacting with. A customer expresses a need, a merchant offers a price, the customer agrees to the sale, and pays.

“You get a lot more privacy communicating directly,” he says, but the idea of Bitcoin is that everyone needs to share this information pretty regularly—or bad actors will attempt double-spends, ripoffs and other scams that exploit any delays in that information being transferred.

It’s the same whether you’re building an e-commerce system, or managing more sophisticated systems like central bank digital currencies and token contracts. The answer is to build parallel processing structures based around services that perform specialized tasks, but can also communicate with each other.

So… how does this relate to Uber? Dr. Wright uses online auctions as an example. Ride-sharing is comparable to an auction because you have different players all using different levels of supply and demand in various locations to determine the best price for a specific moment. At both ends of a transaction, that’s a lot of information that needs to be passed around before a solution is found.

Transactions can be constructed and their outputs can be fed into subsequent inputs (as we’ve discussed before), puzzles can be set for the need to be solved, plus other conditionals that must be met before broadcasting. These requirements can be set in place before the final transaction (e.g., the payment) is even sent to the blockchain.

“How does this make things better than Uber?” since Uber already exists, Xiaohui asks. The answer? Well, with the right set of structures in place, you don’t actually need Uber. Uber is a centralized service so users must have accounts and trust the service with every aspect of their trip. Suppose you could plug into different reputation protocols that rate drivers and passengers on different criteria—or, given the current socio-political environment, still get/give a ride somewhere without fear you’ll be banned from a platform for some reason that has nothing to do with your ride-sharing reputation.

“I’d be much happier with things being set up around an open protocol,” Dr. Wright says, rather than monolithic services that supply the whole experience (and control it according to their whims). You could still have the services themselves, but they’d utilize different aspects of the platform rather than building it from scratch. We’ve also looked at the idea of social networks that are essentially interfaces providing access to protocols and standard data formats rather than providing the whole platform. Email is a classic example of this.

It’s all about having individual choice, rather than requiring everyone to conform to one set of rules. The ability to each set our own requirements and choose who we will (or won’t) transact with.

Dr. Wright confesses this idea is probably not attractive to Silicon Valley as it exists now, since it seems to prefer centralized control. Like most things Bitcoin, the fact that it’s better doesn’t mean it will be an easy sell or could easily become popular. But the fact it’s better remains, and so does the chance it can gain widespread adoption somehow.