Home » Crypto » Bitcoin, Ether Primed For Price Pop As Polkadot And Solana Bring The Next Billion Users To Web3

Bitcoin, Ether Primed For Price Pop As Polkadot And Solana Bring The Next Billion Users To Web3 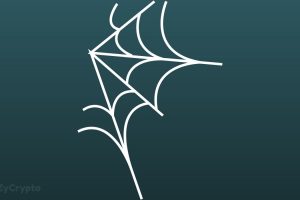 The entire cryptocurrency market continued to soar into the new week after topping $3 trillion in total market valuation for the first time. The market capitalization for all coins is up 2.3% in the last 24 hours and 7% in the week according to data from CoinGecko.

Although Ethereum wasn’t the topmost gainer in the past week, it is up 2% in 7 days as bulls propelled the price to a new all-time high of $4,859. Ether has been on a sustained uptrend since mid-last month, adding over $1,200 with the Altair upgrade and the news of upcoming CME micro ether futures in early December taking it to new heights. It has also received several endorsements from investors and the business institution fraternity in the recent past, adding to its positives.

JPMorgan analysts recently endorsed the crypto asset on grounds of having a better portfolio than Bitcoin for investors due to its expansive use cases in decentralized finance and non-fungible tokens. The analysts stated Bitcoin could tumble due to the prevailing rising interest rates just like Gold.

However, Bitcoin continues to dominate the crypto realm with an over $1.2 trillion market capitalization, despite being down 0.64% in the past 24 hours, it’s still more than double Ethereum’s market cap. Still, Rahul Rai, the co-head of Market Neutral at BlockTower Capital told Insider that Ether would surpass Bitcoin in market capitalization within two years given its extensive use cases.

Polkadot has been experiencing positive buying pressure since last week due to an upgrade that allows developers to register on the parachain and seek loans via auction from DOT holders. They can thus easily raise capital for their projects, including token projects. Hence, this feature works in a similar manner to initial DEX offerings.

Solana, on its part, has maintained steadfastness above Cardano and Tether for most part of the quarter and also set to potentially onboard 42 million users by becoming Brave Browser’s default Blockchain. This followed the launch of a $100 million Solana Ventures fund to support Web3 gaming development and will be invested in game studios and technology, aiming at supporting mobile and desktop video game developers to build their projects on the blockchain. It is a big bet for Solana since gaming is a top use case for blockchains and cryptocurrency currently.