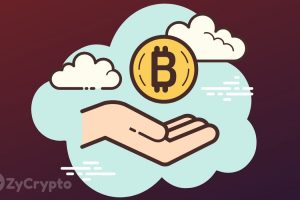 After a tumultuous 2021, Bitcoin mining hash rates have peaked in the first few days of 2022. Several reasons have played a role in the new metrics of the industry.

According to figures obtained from Bitinfocharts, hash rates on Bitcoin’s network is now at 203.5 exahash a second (EH/s). This number is a new record high for hash rates on the network as these metrics have never been reached in its 13-year history.

The new record is staggering because hash rates plummeted to new lows as Chinese miners went dark during the cryptocurrency witch hunt by authorities. During that period, the asset fell to 94 EH/s as the regulatory noose tightened in China. The subsequent migration of miners to newer jurisdictions played an integral role in the rebounding of hash rates.

“The constant 10-minute emission schedule of Bitcoin is the lure that will always attract miners – even acting irrationally – that pushes up hash rate with price following,” said Max Keiser.

The US plays a key role in the new distribution of Bitcoin hash rate given the huge number of miners that have settled in the country within the last 12 months. Data from Coinmarketcap shows that the bulk of Bitcoin miners is in New York, Kentucky, Georgia, and Texas.

Kazakhstan is another major player in the game as it houses the bulk of fleeing miners from China. Russia comes in third place with its growing number of Bitcoin miners as the country’s parliament tries to work out legislation for the industry.

There are unconfirmed claims that as much as 20% of Bitcoin’s hash rates come from mainland China with several mining farms still operating under the radar. Other key players include Iran, Malaysia, Canada, and Germany.