Bitcoin Inflows Shows Institutional Investors Are Back On The Bull Train 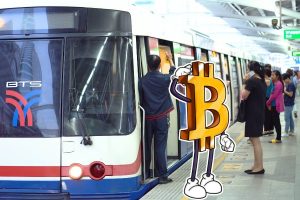 Bitcoin recovered above $50K on Tuesday following a rallying that pulled the market back into the green. October has so far been good for the digital asset and investors have begun to return again into the market amid recovering prices. On the investment front, inflows show that institutional interest in bitcoin is returning after inflows had fallen short of expectations in the previous weeks.

Bitcoin Makes Up 76.6% Of Weekly Inflows

A report published by CoinShares shows that bitcoin inflows had picked back up. Altcoins had been taking more market share as their popularity grew due to the rise of decentralized finance (DeFi) networks like Ethereum and Solana. These assets had dominated market inflows as investors had flocked to profit from their growth. Altcoins had seen the largest shares of market inflows throughout the month of September. But the close of the month had shown a decisive turn in institutional investors’ sentiments.

The report showed that institutional inflows were $90 million for the previous week, and bitcoin alone had seen inflows of $69 million. This accounted for 76.6% of the total inflows, showing that institutional investors are not turning their attention back to bitcoin. The highly appreciative asset has a proven track record of long-term success and its recent turn in prices has been evidence of that.

Investors’ confidence in BTC is on the mend. The Fear & Greed Index moved into greed, showing mounting buying pressure on the market. Bitcoin and its related products are seeing increased interest from investors, and most importantly, big money is moving back into the asset.

Inflows in the market have picked up in recent weeks. This marks the 7th consecutive week of inflows and a total of $411 million has moved into the market. Altcoins have given up some of the market shares which they had pinched from the top cryptocurrency. Ethereum inflows for the week had totaled $20 million, down 3% from its peak to only 25% of total inflows.

Solana which had dominated inflows for a while in September had recorded a significant drop in inflows. The asset recorded only minor inflows of $0.7 million. Alongside other altcoins which had suffered the same fate. Cardano, the third-largest cryptocurrency by market cap, only saw inflows totaling $1.1 million. While Polkadot, Tezos, and Binance each recorded inflows totaling $0.8 million.

Volumes have however remained low despite inflows. At the height of the bull market in May, volumes had reached $8.4 billion. Now, volumes are at a low of $2.4 billion, representing an over 70% drop from their peak in May.