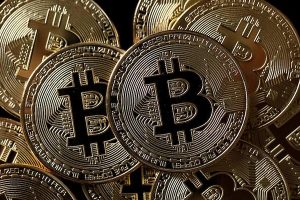 Bitcoin, the world’s largest cryptocurrency, is getting strong support from billionaires and hedge fund managers despite its latest dip. Michael Saylor, an American entrepreneur and CEO of MicroStrategy, extended his support for Bitcoin and termed BTC as the most dominant digital property network.

“Bitcoin is the highest, most dominant, digital property network. Think of it as granite blocks in cyber-Manhattan. Then you’ve got digital currency – that’s like tether and stable coins – they want to be money markets in cyberspace, and so they’ll be like the CBDC dollars. Then you’ve got digital applications like Ethereum. ETH wants to dematerialize the JPMorgan building and the banking establishment and all of the exchanges,” Saylor mentioned in the interview.

Earlier this week, Bitcoin crossed the key price level of $40,000. Due to the latest surge in its price, the market dominance of BTC has jumped above 45.2% for the first time in the last 4 weeks.

Bitcoin as a Portfolio Diversifier

The latest comments from Saylor came after Paul Tudor Jones, an American billionaire and one of the well-known hedge fund managers, termed Bitcoin as a portfolio diversifier. Tudor Jones added that he would like to allocate about 5% of his investment portfolio to BTC. Commenting about the latest statements by Tudor Jones and other billionaires about the potential of Bitcoin, Saylor said: “You’re seeing Paul Tudor Jones and the other early bitcoin believers thinking, maybe it’s time for me to double or triple my allocation. I’m surprised they’re not increasing their allocation by a factor of 10 because BTC is 50 times better.”