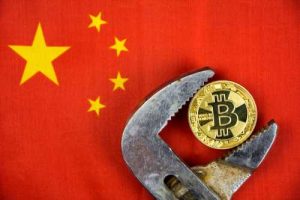 China made headlines this year when it decided to end all bitcoin and crypto mining projects within its borders. However, while many of the miners in the country decided to leave or call it quits, there are many others that felt they should stick around and carry out their mining projects in secret. They’re now running an underground mining ecosystem, and they’re hoping every day that the authorities don’t find out about what they’re doing.

China Has Ended Crypto Mining, and Yet It’s Continuing

The summer was one of turmoil for bitcoin when the currency was hit hard by new laws stemming from China. Regulations emerged from Beijing – the nation’s capital – saying the country needed to step up and become more carbon neutral. Apparently, one of the main ways to do that was by ending all bitcoin and crypto mining projects.

The news was devastating for the asset, which ultimately lost quite a bit of value, but it was also rather devastating to China, which at one point, hosted anywhere between 65 and 75 percent of the world’s known bitcoin mining projects. Surely the country was cashing in on some of the profits being generated through these projects, so the idea that regulators would suddenly call it quits practically overnight was somewhat confusing.

Nevertheless, not everyone decided to give in. One such person is a man going by the pseudonym Kirk. He is currently mining bitcoin in the Chinese province of Sichuan, and he’s hoping his actions can remain private. As a way of avoiding detection, he has spread his mining equipment across several sites so no single operation stands out.

In a recent interview, he stated:

We never know to what extent our government will try to crack down…to wipe us out.

Interestingly, he’s not all by himself. A recent report stemming from Chinese cybersecurity company Qihoo 300 shows that crypto mining still has a solid presence in China. In November, for example, there were approximately 109,000 active crypto mining addresses within China, most of which hail from regions such as Shandong and Guangdong.

The evidence is clear that despite regulators’ wishes, crypto mining has clearly survived. This can likely be attributed to the idea that many crypto miners weren’t sure if China was really being serious about the mining ban. After all, this isn’t the first time China has attacked the crypto space, though in previous instances, the attacks were mild and didn’t last very long.

This Is Designed to Aid the Digital Yuan

Fred Thiel – CEO of Marathon Digital Holdings – believes that this is all a way of ending competition to the digital yuan, a crypto version of the country’s fiat currency. He says:

China’s government is doing everything it can to ensure that bitcoin and other cryptocurrencies disappear from the Chinese financial systems and economy. Part of this is to ensure the adoption of China’s central bank digital currency.