Bitcoin Recovers from Brief Drop Below $40,000 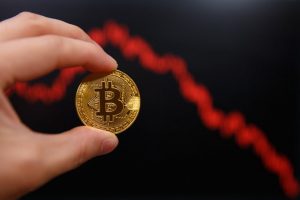 Bitcoin – the world’s number one digital currency by market cap – briefly fell below the $40,000 mark for the first time in several months. At press time, the asset has risen back to about $41,000 per unit, though the news – for some analysts – suggests that the year is going to be rocky for the virtual coin.

Overall, bitcoin has gotten off to a shaky start in 2022. What was supposed to be a year – according to many industry experts – in which BTC rose to six-figure status and trading for at least $100,000 has become something of an enigma and is thus far bearing heavy resemblance to 2018, which has notoriously gone down in history as one of the worst – if not the worst – years for crypto.

At that time, bitcoin had hit a high of roughly $20,000 per unit. This number struck in December 2017 following more than a year of solid gains and price rises. For many, there was no reason for 2018 to be any different… But it certainly was. The currency began sinking into oblivion as soon as the year started, and just after a month or so, the currency had lost more than half its value. By the summer, the asset had fallen to about $6,000 and by the end of the year, bitcoin had lost more than 70 percent of its value and was trading in the $3,500 range.

The big question on every trader’s mind is probably, “Will 2022 be reminiscent of that year?” Thus far, it certainly looks like things are taking that route. The currency rose to a new high of $68,000 per unit in November of 2021. From there, the asset has taken on bearish trends and has dropped by nearly $30,000. It seems to be that when one year is solid for bitcoin, the following year spells doom.

Things May Not Be Bad Just Yet

At the same time, it could be that analysts who feel 2022 will just be a repeat of four years ago are jumping the gun a bit. We are not even two weeks into the new year, which means there are still more than 11 months to go before we say “hello” to 2023. That’s a long time, and much can happen before then. With so many institutions adopting bitcoin over the past year or so, for example, we could likely see this trend continue, which is likely to save BTC from anything serious in the long run.

In addition, we can’t forget that as good as 2021 was, there were some real low points for BTC such as the summer when the asset briefly fell below $30K following news that China was ending crypto mining. The asset was able to turn itself around in a few short months, so let’s not let these last few price swings sway us just yet.