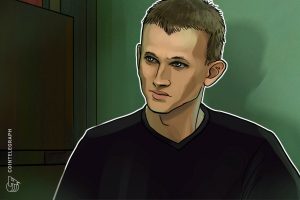 The BTC stock-to-flow model gained a lot of attention during the bull run as it got several price predictions right, however, the model deviated on a number of occasions during the bull market as well.

Buterin joined the growing list of critics of the model that aims to predict the price of BTC:

The S2F model quantifies an asset’s price based on its scarcity and was primarily used for popular metals such as gold and silver. PlanB’s popularized BTC S2F model suggests that BTC’s price will continue a steady and impressive path upward with approximately tenfold returns every four years.

The critical problem with the S2F model that many critics have pointed out is the one-sided estimation, where it only takes into account the supply side of BTC while assuming that demand will continue to grow.

While BTC demand has shown significant growth, other factors such as inflation aided by the Fed money printing spree have significantly affected the buying power of consumers. Thus, the S2F model doesn’t take into account several macroeconomic factors that mostly affect the market sentiments.

Plan B responded to Buterin’s criticism claiming “people are looking for scapegoats for their failed projects or wrong investment decisions.”

According to the S2F model, BTC was slated to touch the $100,000 mark by the end of December 2021. While he had admitted in the past that there would be certain flaws driven by external factors, the popularity of the model during peak bull run pushed down most criticism.

The debate around flawed financial models comes at a time when BTC has recorded a new four-year low of $17,748. The price of the top cryptocurrency was trading at $21,321 at the time of publishing, registering a 4% rise over the past 24 hours.