Bitcoin Stays Above $23,000 As The U.S. Enters A “Technical Recession” 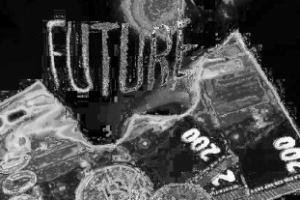 Bitcoin (BTC) investors are battling to stay above $23,000 as the United States enters a technical recession. The US economy shrinked for the second quarter in a row after the gross domestic product fell by 0.9%. This comes after a 1.6% contraction during the first quarter of the year. Cryptocurrencies have reacted negatively to the recent announcement.

Bitcoin is currently battling at $23,000 as the United States has officially entered a “technical recession.” Bitcoin experienced some volatility when the information was made public. The price of the largest virtual currency fluctuated between $22,600 and $23,240 in a very short period of time.

Analysts are now wondering whether there was a possibility for the FED to start hiking interest rates beforehand. This could have created a situation in which the transition from low to higher interest rates could have been less drastic for the economy.

Another thing that is worth taking into consideration is that Russian sanctions have hurt much more Western economies (especially the European economy) rather than Russia itself. Therefore, we see that this recession could have been a consequence of these two policies.

Despite the recent economic announcement and the initial volatility in the crypto market, Bitcoin seems to be traded very close to $23,000. Traders seem to be protecting this price. As reported earlier today by UseTheBitcoin, buying pressure continues to help BTC stay around these price levels. Experts consider that in the next few years, BTC could move above $100,000.

With inflation at close to 10% in the United States and a technical recession, the economy has already entered a “stagflation” period. This is the term used to describe a situation in which the economy falls and inflation continues at very high levels. While this type of economic environment was very common for emerging economies, it is now a reality in Europe and the United States.

It would be very interesting to see how the market behaves in the near future and how Bitcoin reacts to this type of market condition. Let’s not forget that the largest cryptocurrency in the world has retracted from its all-time high by over 73% from its peak ($69,000) to the bottom ($18,000). Some experts believe that it might be even possible for Bitcoin to continue with its bear trend in the near future.

It is worth pointing out that during the last months, there have been different “black swan” events in the cryptocurrency market that affected the price of most digital currencies. For example, the collapse of the Terra (LUNA) ecosystem was one of the major catalysts for Bitcoin to fall below $20,000 for the first time since 2020.

For investors, it would now be very important to follow how Bitcoin recovers from this bear trend and whether these market conditions could become more favourable to BTC and other digital assets.