Home » Bitcoin whales on defense, how BTC could reach a new ATH

Bitcoin whales on defense, how BTC could reach a new ATH 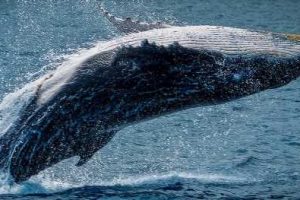 After spending weeks moving sideways, BTC price seemed to be close to a new high. However, the cryptocurrency seems to be stuck just below the resistance level at $60,000.

Analyst Ben Lilly has published a report in which he determines what has caused the stalemate and how BTC has a “bullish combination” for the following weeks. The analyst has registered large sell walls near current levels. This, he claims, is part of a whale of a strategy to “attract” liquidity.

They do this by stalling prices near a breakout. Then after releasing the valve a bit, they can liquidate those built up as well as the newly added positions.

The key to an exit of the stock from the current price is the “unlocking” of a large amount of BTC from Grayscale’s fund could give bullish momentum. These unlockings will begin to occur in late April, the analyst says:

To me this continued sideways scenario makes the most sense given how quickly we have climbed since last week… But when it comes to bitcoin, if those walls get lifted and the fake out/liquidity grab maneuver does not take place… then we’re off to the races.

Jet fuel to the upside. Funding rates reset from the drop. Now the liquidity is higher, time to punch it. pic.twitter.com/icLm7PjBZL

Looking at the bigger picture, Grayscale Bitcoin Trust (GBTC) has lost its monopoly as the only investment vehicle for institutions seeking exposure to Bitcoin. The emergence of Exchange Traded Funds (ETFs) in Canada has absorbed a lot of institutional interest. Investment firm Grayscale acknowledges as much.

In a recent publication, the firm has revealed that they are “committed” to converting GBTC into an ETF. Having tried unsuccessfully in 2016 through 2017, Grayscale believes the industry has matured. The investment firm stated:

Today, we remain committed to converting GBTC into an ETF although the timing will be driven by the regulatory environment. When GBTC converts to an ETF, shareholders of publicly-traded GBTC shares will not need to take action and the management fee will be reduced accordingly.

As such, they do not offer a specific date for the possible approval or conversion of its GBTC. The firm says it is “focused” on the long term. A few hours after this announcement, GBTC’s premium increased by 5% after trading negative for the entire month of March.