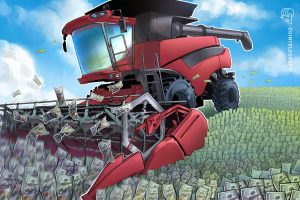 Blockchain infrastructure provider ConsenSys has reached a lofty valuation of $3.2 billion after closing a $200 million funding round, joining over a dozen other crypto-focused companies to reach coveted unicorn status this year alone.

ConsenSys also announced that Ethereum wallet and browser extension MetaMask has achieved roughly 21 million monthly active users, having more than doubled over the past four months.

MetaMask, which was developed by ConsenSys, was recently integrated by three crypto-focused custodians — BitGo, Qredo and Cactus Custody — as part of their ongoing efforts to attract more institutional capital to the digital asset market. MetaMask has served as a critical pathway for users to enter decentralized finance, better known as DeFi, by providing them with the infrastructure to connect to decentralized exchanges. ConsenSys said that MetaMask’s in-app swap feature has enabled more than $10 billion in peer-to-peer token swapping.

The mission of MetaMask, according to Ethereum co-founder and ConsenSys founder Joseph Lubin, is to “democratize access to web3,” which refers to the third generation of internet services.

In the last year alone, several crypto-focused startups have reached unicorn status, a term used to describe new enterprises with a valuation of $1 billion or more. In October, crypto listing platform CoinList saw its valuation rise to $1.5 billion after concluding a $100 million Series A investment round. In September, blockchain infrastructure developer Blockdaemon raised $155 million in Series B financing, bringing its total valuation to $1.255 billion.

Crypto venture capital has shattered all previous highs this year. In the first ten months of 2021, venture funds had allocated more than $17 billion to crypto companies compared with just over $5 billion in all of 2020.