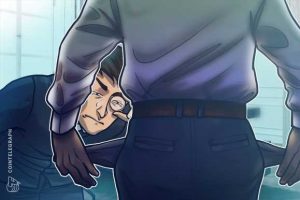 As crypto lending platform BlockFi filed for bankruptcy, members of the crypto community reacted with mixed feedback as another platform fell during the current bear market.

Despite BlockFi citing the FTX contagion as the reason for its bankruptcy filing, podcaster Matt Odell pointed out a different explanation. Odell wrote that the lending platform went bankrupt because it was lending customer funds to high-risk traders who played with leverage recklessly. “This is a tale as old as Bitcoin, leverage kills, and trusted third parties are security holes,” he added.

In a tweet, Mario Nawfal highlighted that BlockFi’s bankruptcy filing was something that many members of the community anticipated. According to Nawfal, the bankruptcy filing marks the end of an era for the lending and yield-earning platform that was able to barely hang on after the Voyager and Celsius debacles.

With many losing funds during the process, some pointed their pitchforks to entrepreneur and podcaster Anthony Pompliano who introduced them to the lending platform. A Twitter user claimed that they lost most of their savings after listening to Pompliano’s podcast that recommended BlockFi.

Another community member claimed that they diversified their portfolio by putting some funds in FTX, BlockFi and Bitcoin (BTC) which Pompliano recommended. They noted that two out of the three have already gone to zero.

ShapeShift founder Erik Voorhees also reacted to information coming out that the Securities and Exchanges Commission (SEC) is one of the creditors for BlockFi. Voorhees floated the idea of the SEC returning $70 million that they took from BlockFi in order to help the users that they should be protecting.