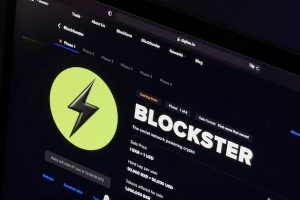 If there are two worlds that find themselves constantly connected, it would be the world of blockchain and crypto and the world of social media. Given that cryptocurrency exists mostly in the virtual space, a lot of the community around it operates and interacts online.

This can be seen in the countless Telegram groups, Instagram pages, forums, and social media accounts dedicated to cryptocurrency and the online activity of the community during major moments.

With that in mind, it is interesting that almost no social media platform has existed that is squarely based around cryptocurrency, until now.

One platform that is addressing this gap within the market is Blockster, a social network that is focused on cryptocurrency specifically. The platform’s name itself comes from combining the two words “blockchain” and “hustler”.

This is to appeal to the tech-forward and ambitious crowd that is often found in the cryptocurrency industry. 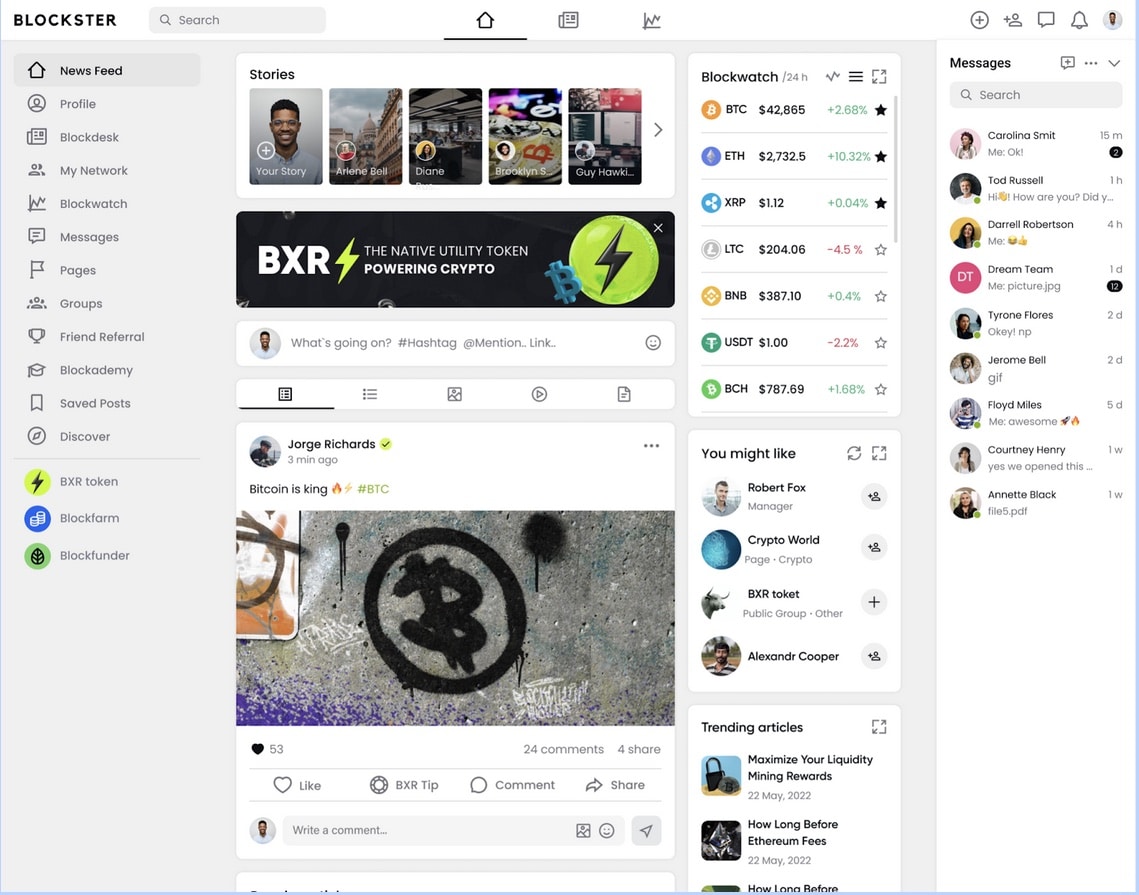 Blockster also has a ‘Blockdesk’ where users can read what others have written as well as creating their own content  and advertise their own projects to the community.

Because the platform is ultimately focused on cryptocurrency, there is a constantly updated market feed that shows the prices of top tokens and breaking news within the industry.

Groups can be created and members added from within the community. In many ways, Blockster offers the benefits of LinkedIn, Twitter, and Instagram for the crypto community in one single place.

Eventually, Blockster intends to partner with every major crypto-focused organization so that they can open and regularly update their own Blockster profiles for their audience and community.

Many of these organizations already have accounts on major social media platforms but Blockster is different because it was made solely for their specific industry.

It is a much-needed addition to the industry and can, over time, help to combat common issues with regard to the crypto industry and information.

These include the spreading of false information, disbursing information across the community, and ultimately helping to foster tight-knit mini-communities around the world.

With these features for customers in mind, Blockster has announced plans for its official rollout and expansion for the next few months.

First, Blockster will be launching an Initial Offering for BRX, which is its official token. BRX, once launched, will be used for advertising and staking purposes.

The first phase of sale started on June 7, 2021, on Blockfunder. There are six distinct phases of the sale, all of which will differ in token price, as well as the currencies that will be accepted. It will then conclude on October 12, 2021, on all platforms where BRX is sold.

By the summer time, a mobile app will be launched to allow for easy access to the platform, which already operates with a closed testnet. For now, top crypto personalities, writers, and so on are allowed to use the platform and invite some of their friends before the official rollout to the public.

By the end of the year, Blockster will also feature an NFT marketplace, giving its users access to one of the hottest new trends in the blockchain sector.

The last year has been a very good one for the industry, with top companies like PayPal embracing cryptocurrency on a global scale and more visibility than ever before. As the industry moves to a new stage of growth, a platform like Blockster is very much needed.

As the CEO of Blockster Adam Todd puts it, “The timing is just right to be launching a social platform for crypto, as the crypto industry reaches new heights this year, people are eager to get into this space. For this reason, Blockster has enormous potential to become ‘the’ social platform for all of crypto, and the BXR token will be right at the center of it. With our team of experts in design and development, we’re confident of launching a dazzling product that will give crypto enthusiasts a home with everything they need under one roof.”

One feature of the platform that has been heavily discussed is its advertising options.

Major social media platforms like Twitter and Instagram allow advertising but this is often done to a general audience with the option of filtering advertising demographics.

With Blockster, every single user is already heavily interested in cryptocurrency and thus, better results are guaranteed.

More information regarding the sale is expected ahead of the launch and as the various phases unravel.