Cardano Gets The Ball Rolling On Smart Contracts With Alonzo Testnet 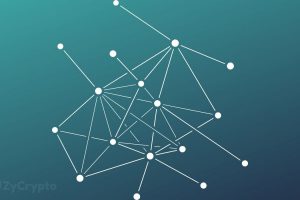 Cardano remains one of the few altcoins showing strength amid May’s massive cryptocurrency dip and its developers’ latest announcement is sure to have prompted excitement among investors and holders.

On Thursday, IOHK, the coin’s devs, announced the rollout of the “Alonzo” testnet, as well as a roadmap showing how they plan to gain full functionality by August. The Alonzo hard fork will see to several novel capabilities to the blockchain, including smart contracts which will, in turn, facilitate the launching of a number of new DeFi applications.

Ethereum has had the leg up on competitors due to its smart contract integration but Cardano is keen on joining the party and will soon be able to compete with Ethereum, Binance Smart Chain, and the other smart contract networks occupying the crypto space.

Alonzo, named after mathematician and computer scientist Alonzo Church, could lead to further gains on the chart for native currency ADA as the ability to compete with other DeFi networks will finally come to fruition. Ethereum is the clear leader in that regard, however, the high gas fees and slow transactions have made it so that some people are looking elsewhere for certain services such as minting and building DApps.

There’s also the matter of the carbon footprint, something both Ethereum and Bitcoin have been under fire for as of late. Billionaire entrepreneur Elon Musk recently suspended Bitcoin payments for Tesla cars, citing the effect mining has on the environment. He has since made moves to make mining cleaner, having met with a number of miners and mining companies this week.

Ethereum’s 2.0 upgrade should bring down energy consumption substantially but that could still be two years away. Cardano, on the other hand, already operates on the proof-of-stake model and will likely be way more advanced by the time Ethereum 2.0 launches.

The Constant Search For Perfection

Cardano has been subjected to an abundance of research and testing since it launched in 2015 and has emerged under the hood of multiple iterations as a result. The developers rolled out the “Shelley” phase last year, an upgrade that employed a conversion from a federated blockchain to a decentralized one, with the community becoming the validators.

As seen in the video below, the Alonzo rollout will come in three phases – blue, white, and purple. Each phase will introduce new developments, with the purple phase set to wrap up what should be an exciting period of key upgrades.

“Over the next few months, the program will expand to include more users as we integrate new testnet functionality and features on the way to mainnet deployment,” an excerpt from the official announcement reads.

“We are developing documentation and user guides and will publish these soon.”