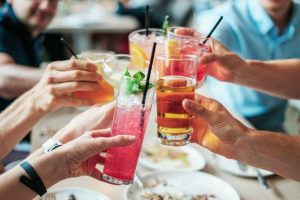 This article provides an overview of smart contracts platform Cardano ($ADA) price action, news, and commentary by influencers, analysts, traders, and investors as of Monday (September 13).

According to data by TradingView, on crypto exchange Kraken, currently (as of 14:20 UTC on September 13), $ADA is trading around $2.3317, down 12.21% vs USD in the past 24-hour period. However, this drop in price has much less to do with Cardano than with the current state of health of the crypto market since at the time of writing every coin/token among the top 20 cryptoassets by market cap — with the exception of stablecoins USDT, USDC, and BUSD — is in the red. For example, Bitcoin ($BTC) and Ethereum ($ETH) are down 3.95% and 7.32% respectively.

However, if we look at ADA-USD over a larger time frame, we get an entirely different picture. For instance, in the year-to-date (period), ADA-USD is up a mighty impressive 1184%. September 12’s Launch of Smart Contracts Support on the Mainnet

Cardano’s Alonzo upgrade (hard fork) successfully got deployed on the mainnet around 21:47 UTC, right on schedule.

This was confirmed a few minutes later by IOHK, the blockchain R&D company behind Cardano.

The launch party was streamed live on IOHK’s YouTube channel:

Several hours before the Alonzo hard fork combinator (HFC) event took place, Tim Harrison, Marketing & Communications Director at IOHK, published a blog post that explained why the “Alonzo upgrade is an epochal moment in the birth of a new ecosystem.” One of the topics Harrison addressed was the FUD aimed at Cardano and in particular its alleged deficiencies as a smart contracts platform:

“While our community is always open to being challenged in good faith, we have grown too used to Twitter’s and Reddit’s fear, uncertainty, and doubt (FUD) – from the biased and the willfully ignorant. Every project receives its share of this toxicity, and a greater degree is inevitable around major releases.

“This is a disappointing element of our immature industry. We need to do better if we want to accelerate wider adoption. The FUD has been particularly virulent this past week. For me, it’s a daily part of the job. Fortunately, most of my colleagues focus on building and don’t concern themselves too much with CryptoTwitter™.

“We shall see plenty more FUD and nonsense over the weeks ahead. Things will likely get uglier before they get better. Whatever. This will only strengthen our resolve to prove the naysayers wrong. We also have a vibrant and passionate community that never fails to support the project and respond with facts and courtesy. That continues to make everyone working on Cardano exceptionally proud. Thank you.“

Following the Alonzo HFC event, IOHK Co-Founder and CEO Charles Hoskinson explained in a YouTube video what is next for the IOHK team and for Cardano:

“So that’s the day, and you know what happens? There has to be a morning after, September 13th, Monday. We wake up. It’s business as usual. Lots of things will happen. [The] network will probably be under a lot more load because people play around with things and test things and that’s fine.

“And a few weeks later, the latest and greatest version of the Plutus application backend will be released and we’ll have the [summit. And there will be a huge spotlight on the ecosystem as a whole. That will be a great event.“

Within 10 minutes of the Cardano mainnet’s hard fork to the Alonzo era, 23 smart contracts (written in the Plutus language) had gotten deployed on the blockchain.

What Analysts Are Saying

The day before the Alonzo HCF event, Michaël van de Poppe said that he thinks the $ADA price is capable of reaching $5.

And on September 10, Simon Dedic, who is Co-Founder and Managing Partner at Moonrock Capital, a blockchain advisory and investment partnership based in London and Hamburg”, said he believes that the $ADA price will reach $10 by the middle of next year at the latest.

Featured Image by “bridgesward” via Pixabay.com