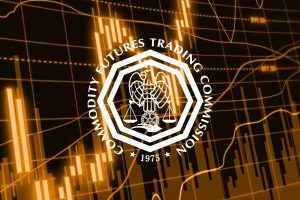 The US Commodity Futures Trading Commission (CFTC) announced on Monday that it has filed and settled charges against Refinitiv US SEF LLC, a registered swap execution facility ad a subsidiary of a broader financial market data and infrastructure provider, for failure in reporting certain categories of swap data.

The company has already agreed to pay a civil penalty of $650,000 to the US regulator and additionally comply with certain undertakings to settle the charges.

The official announcement by the CFTC detailed that Refinitiv failed to report certain primary economic data for at least 320,000 swap transactions for more than four years, between February 2016 and August 2020. These are mandatory reporting requirements under the US regulatory framework.

The regulator further pointed out that the reporting system designed by Refinitiv made the specifications of Swap Data Repository optional. This resulted in the failure of reporting swap creation data for hundreds of thousands of trades, including primary economic terms such as the financial entity status and the US person indicator for each counterparty.

“On multiple occasions, Refinitiv knew, or had reason to suspect, that it was not complying with Part 45 reporting requirements, but failed to detect and remedy its noncompliance,” the CFTC stated.

“For example, Refinitiv acknowledged in its 2013 annual Chief Compliance Officer Report, required by CFTC regulations, that Refinitiv: (1) had failed to report whether and to what extent swaps were collateralized, another Part 45 primary economic term; (2) had reason to suspect that its reporting systems were failing to report other required swap data; and (3) would undertake a compliance review of its reporting systems to address those suspicions.”

The lapses in Refinitiv’s systems came to light after two of its clients flagged the same. Then, Rifinitiv also self-reported the violations to the CFTC.