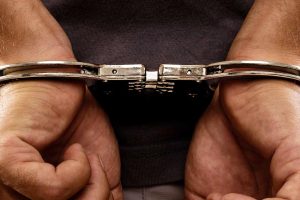 The Chinese government keeps enforcing its cryptocurrency crackdown campaign as it has arrested over a thousand people who allegedly got engaged in money laundering through cryptos. According to a report from The Times of India, the detained people used profits from different crimes to acquire virtual currencies.

Specifically, the country’s Ministry of Public Security unveiled that it busted a criminal ring of 1,100 people involved in money laundering, who charged clients a fee ranging between 1.5% – 5% to exchange illicit proceeds into cryptos via digital asset exchanges. However, authorities didn’t disclose the exact amount of money laundered on the scheme or the exchanges used for such transactions.

Also, the Ministry said that most of the illegal profits laundered via cryptocurrencies came from telephone and internet-related scams, according to a statement released on the Ministry of Public Security’s WeCht account. The crackdown comes in the midst of a stricter stance that China has strengthened this year against crypto-related activities such as mining and trading.

The authorities first banned crypto trading in 2017. However, the latest headlines suggest a broader campaign to taking down all Bitcoin mining operations and enhancing the existing rulings on cryptocurrencies in the Asian giant. In fact, China’s crypto mining industry is one of the biggest ones in the world.

Still, the Chinese government has been on the hunt for mining farms, as on Wednesday, the northwestern province of Qinghai banned crypto-related mining. There are no major details on the significance that such province means for the industry as of press time. Similarly, in April, the northern region of Inner Mongolia shut down all its crypto mining operations, arguing it didn’t comply with the energy consumption targets’ standards.

Moreover, the crypto crackdown in China has extended to domestic social media, as several cryptocurrency-related accounts were reportedly blocked on Weibo over the weekend.