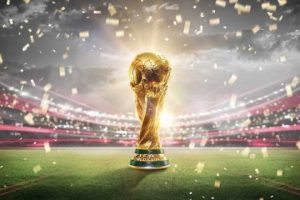 Several Chinese platforms are introducing metaverse tech in their coverage of Qatar’s 2022 soccer World Cup. The experiences, which will use virtual reality (VR) headsets and 5G as base tech, will allow the users to enjoy a metaverse-like view of the event, and will also give Chinese companies a chance to hone their implementations of this tech.

The FIFA World Cup 2022 in Qatar, one of the biggest sports events in the world, provides a chance for many companies to test their implementations of metaverse tech. In China, where soccer is very popular, several platforms are introducing metaverse technology to enrich the broadcasts of the different matches of the event.

Migu, a subsidiary of China Mobile, the state-owned carrier, announced that it would develop a “world first” virtual environment for its users to enjoy the cup matches using VR headsets for an immersive and “surreal” experience. This was announced by Migu’s CCO Gan Yuqing, who also organized a “World Cup Music Festival” advertised to be held in the metaverse with a surprise visitor from the year 2070.

In the same way, Bytedance, the owner of the popular social media platform Tiktok, has announced that it will allow users of its VR goggles to enjoy soccer matches in digital spaces, letting them to invite other users for a shared metaverse viewing experience.

According to local analysts, the World Cup can be used by companies in the sector to test the quality of the experiences they can offer right now to their users. This will also contribute to identifying current pain points to improve the reach and efficiency of this tech.

This is the opinion of Chen Jia, an industry observer. In an interview with Global Times, Jia declared:

Through the application of various scenarios in the metaverse of this World Cup, China can also test the overall quality of the industry chain in the field of virtual reality technology, and thus gain an early foothold in the sector.

On Nov. 1, China presented a plan to innovate in the virtual reality field, and also to popularize the reach of this technology as part of Chinese society. The plan calls for an investigation to make VR headsets more functional. The plan mentions key areas including odor simulation, gesture tracking, and eye tracking, among other elements.

Guo Tao, a local internet analyst, explained that even in the sports field, the applications of this tech were limited, clarifying that “the user experience remains inadequate and the product stickiness is not enough.”