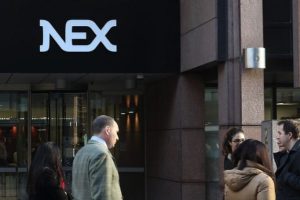 NEX Group, a wholly-owned indirect subsidiary of CME Group, has published its annual financials for 2020, ending on December 31, reporting some heavy losses. It made a loss of $1.9 million in the year, coming down from a profit of $557,000 generated in 2019.

Notably, CME earlier revealed that it was going to close down its Abide Financial and NEX Regulatory Reporting businesses by the end of November 2020, which might have impacted the numbers.

The balance sheet of the company shows that the net assets held by the company declined from $92.66 million in 2019 to $90.7 million in 2020. It also holds a debt of 15 million euros relating to ten-year senior loan notes, which are repayable in 2023.

The directors of the group, however, are considering the results ‘satisfactory’, according to the latest Companies House filing.

NEX Group business is focused on offering electronic financial markets and post-trade services to other financial institutions. It is a wholly-owned non-trading company in the group and thus does not generate any revenue.

The company also highlighted that most of its customers are based in the United Kingdom and the United States, so it had barely any impact on its business from Brexit.

CME Group acquired the NEX Group for around $5.1 billion in 2018 following a few hurdles from the European regulators. The deal gave the parent a greater level of efficiency and risk management services via clearing and post-trade services.

However, CME sold the loss-making NEX Exchange to Aquis Exchange in a £2.7 million deal.