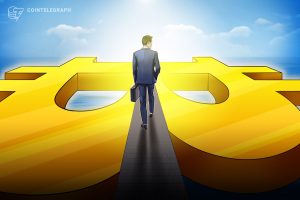 Jim Cramer, the host of CNBC’s Mad Money, announced he has liquidated nearly all of his Bitcoin (BTC) holdings.

Speaking on June 21 during an interview with CNBC’s Squawk Box on the Street, Cramer asserted that BTC is ”not going up because of structural reasons,” highlighting China’s renewed regulatory clampdown.

Cramer stated that China’s central government understands Bitcoin to be a “direct threat” to the regime and its capacity to control monetary flows within the country, describing the cryptocurrency as “as a system that’s outside of their control.”

The escalating Chinese crypto mining ban has sent Bitcoin’s hash rate tumbling to an eight-month low as mining operations either shut down or move offshore. China is also clamping down on crypto trading, with the central bank urging other banks and payment institutions such as Alipay and Wechat to halt services for accounts associated with crypto trading activity.

Cramer also argued that BTC’s drop in hash rate should have resulted in gains for the asset’s price, stating: “Instead of thinking that bitcoin should go up if it is outlawed or if it is made tougher to be mined, Bitcoin goes down as if people are saying ‘I’ve got to redeem’ — when you limit mining, it should obviously go up unless there’s a worldwide redemption.”

“Sold almost all of my Bitcoin. Don’t need it.”

Cramer highlighted the recent $4.4 million Bitcoin ransomware attack on the Colonial Pipeline in May, which temporarily caused fuel shortages in the southeast region of the U.S., and saw enforcement agencies step in to recover $2.3 million worth of BTC.

“In our country, I think it’s outside of our control when it comes to ransomware, and I doubt that Colonial is the first company to pay ransomware. I think they’re the first that almost shut down the East Coast,” he said, warning:

“The Justice Department and the FBI and the Federal Reserve and Treasury could coalesce and say: ‘OK guys, if you pay ransomware, we’re going to go after you.’”

“They have not really told us what kind of commercial paper that backs them, and yet they are one of the largest buyers, and yet I can’t find anyone, any desk that does business with them,” he said.

This is not the first time Cramer has announced he has offloaded BTC. In April, he stated he had cashed out some of his holdings to pay down his mortgage, describing the experience as using “phony money paying for real money.”

Since the downturn in crypto markets which began around mid-May, The price of Bitcoin has declined by 42% according to data from CoinGecko — dropping from $56,928 on May 12 to around $31,750 as of today.