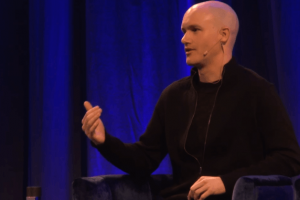 On 13 November 2022, Coinbase Co-Founder and CEO Brian Armstrong shared his thoughts on the actions of Sam Bankman-Fried (aka “SBF”), Co-Founder and former CEO of insolvent crypto exchange FTX.

Anyway, according to a report by the Daily Hodl, here is what Armstrong said about FTX during an appearance on an episode of the “All-In Podcast” released on 13 November 2022:

“They had this solvency issue and instead of just letting it blow up, Sam basically said, ‘Hey we have a bunch of customer assets over here at FTX’ or he somehow basically made a loan from FTX into Alameda trying to prop it up. I don’t know why he did that. That’s the moment in my mind where he crossed the line into probably committing fraud. I think he probably lied to users, lied to investors and he went around and tried to bail out these different companies like Voyager and BlockFi to sort of come off of this thing and maybe he thought he could trade his way out of it...

“I do think there is a some contagion risk here. I think there’s other firms that had money just sitting in FTX, and that’s now going through bankruptcy court. So that’s been bad. Multicoin [Capital] came out publicly and said that they had 10% of their portfolio sorted on FTX. There’s other firms that Alameda may have had loans with, and those firms are probably struggling.

“I don’t want to say who, but we’ve received a couple of inbound calls from other people trying to get emergency financing. There’s people who may have just – totally different from FTX and Alameda – they may have just had their own portfolio that they took margin or leverage on to buy crypto and now that prices have come down a little bit, they’re getting stopped out, so that’s all been very challenging.“