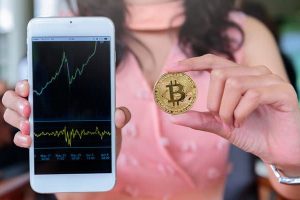 Major cryptocurrency exchanges, Coinbase and Kraken have restored back their normal operations after having been inaccessible for hours on Thursday. As Bitcoin smashed through $40,000 to hit a new record high, this led to unprecedented traffic that crippled the exchanges’ servers, akin to a DDoS attack.

Issues cropped up today, leaving users in the midst of a service outage that has left them without access to their accounts, according to complaints posted to the social media. The outage appeared to affect a good number of users who noted the connectivity issues with screenshots of Coinbase and Kraken apps.

Kraken, one of the world’s longest-operating cryptocurrency platforms, said on its website that it was experiencing slower than normal response times and that its application programming interface was down. Clients also reported difficulty connecting to the site, API and mobile apps.

Kraken attributed the issues to ‘the very heavy traffic’. It has pointed to an unexpected surge in transaction and user volumes leading to a server outage.

The exchange then warned users that its markets are now in cancel-only mode while they verify system status. At 19:53 UTC, Kraken confirmed its website is now back up, adding that “all affected components have returned to a fully operational state. The engineering team will continue to monitor site performance. We will continue to provide updates as necessary.”

Crypto Exchanges Go Down as Bitcoin Moves up

Rival exchange Coinbase also suffered partial service outages for the second consecutive day, injecting further turmoil into the market where prices have already seen wild swings in recent days. The San Francisco-based platform struggled for nearly two hours to keep up with the surge of interest in bitcoin trading but finally managed to restore their normal operations.

Coinbase tweeted an announcement about its fix late Thursday afternoon.

The two most heavily trafficked crypto exchanges in the US are getting heat from customers who were unable to make transactions after its servers went down many times this year.

Despite the ongoing development in crypto exchanges’ technical infrastructure and engineering staff, the latest incident reminds crypto traders that access to even major platforms may become degraded or unavailable during times of significant volatility or volume.