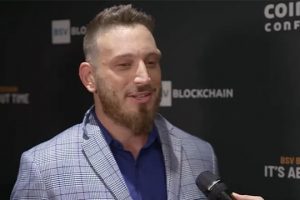 Day 2 of the CoinGeek New York saw a panel of healthcare and life sciences experts as they talked about what they’re building on the BSV blockchain and how this technology could change the industry. One of the panelists who took the stage was the founder of VXPASS, Zachary Weiner.

Weiner joined CoinGeek Backstage host Stephanie Tower to discuss how VXPASS was created and why he decided to build the platform on top of the BSV Blockchain.

“In November of 2020, we didn’t have a vaccine that was distributed yet, right? So, all the news coverage was about the speed of delivery. Would we have enough vials? Could we hold it at -80 degrees? And there were great answers to those questions from the army corps of engineers and pharmaceutical companies, but they always said that this paper card would be enough,” he said.

A piece of paper is bound to be lost by someone. Weiner said, “If you’re like me or rather like my mother… if you give her an important piece of paper, she is bound to lose it. Worse yet, she’ll put it somewhere that she thinks is safe, and when she needs it, she won’t be able to find it.”

“So, I went back to the drawing board, and I knew that with the blockchain and some of the samples that I had built, she could own her record and not have to worry about losing this piece of paper. That’s how VXPASS was born,” he added.

The decision to build VXPASS on the BSV blockchain was made because it’s fast, it can store data on chain, because of its low transaction fees—and more importantly, the blockchain is borderless.

“Low fees, fast, and can actually store data on chain…The blockchain is borderless. With only one blockchain where I could write data and have it be borderless, that opened up the world to be my customer,” Weiner said.

What is the biggest challenge VXPASS has encountered? The most significant hurdle for the platform’s founder is how quickly the blockchain moves. Weiner also noted how the government doesn’t respond quickly to new technology.

“I think the biggest challenge is just how fast blockchain has moved. In 2010, 2012, 2014, it was entirely financed. Then we got Ethereum and it became bigger than finance. Governments don’t respond that quickly to new technology they wanted to be implemented somewhere and prove itself,” he said.

“For the COVID response, we don’t have the opportunity to be that slow growth normal business trajectory. We need more of a top-down approach. We had to take a different approach than you might with a normal startup,” Weiner said.

Weiner said they had to expand the team quickly to take a faster approach, and now VXPASS is composed of medical economists and market researchers.

“We put boots on the ground in Africa. Actually, one of our teammates is a doctor who supports the sale of this in Africa. We’re expanding to Europe as well in Southeast Asia. I also had to bring on doctors to my team. It’s not just a tech startup, we have medical economists and market researchers, and all of those things help us as a team,” he explained.

Despite being a relatively young company, VXPASS has been servicing countries in Africa while also working with two restaurants in the United States. “Right now, our first country is Lesotho. They’re a tiny African nation landlocked in South Africa. We’re expanding pretty rapidly in Southern Africa and Western Africa. Looking to expand further into Northern Africa. Because there’s now a mandate in the United States, we have sales teams working with two different fast-casual restaurant chains that now fall under this mandate,” Weiner said.

When asked what’s next for VXPASS, Weiner said: “I want to make sure that children don’t get inoculated more than once for the same disease in places where they don’t have access to cloud storage or the kind of technology that we’re used to.”