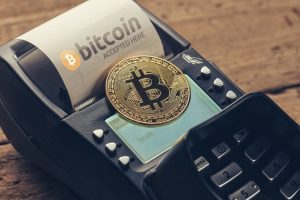 A convenience store chain known as Sheetz says that it will be working with Flexa – a digital payment network – to permit bitcoin and cryptocurrency payments at all its locations in the United States.

Sheetz is a chain that operates primarily on the east coast and in the Midwest. Presently, it boasts more than 620 stores in states such as Pennsylvania, North Carolina, Ohio, and West Virginia. The currencies that people will be able to use either at the gas pumps or within the stores for products and food items include BTC, Ethereum, Litecoin and Dogecoin, highlighting the meme currency’s growing popularity.

We are proud to partner and provide more payment options!

One of the big conundrums surrounding bitcoin and its altcoin cousins has been that they were designed to serve as payment options. This has been a very slow journey for many of these coins given that while they were built to ultimately push both fiat currencies and credit cards to the side, they also remain very volatile, and thus many stores have refused to accept them for payments of goods and services.

To an extent, we really cannot blame the retailers that have said no. Say you enter an establishment and pay for $50 worth of merchandise with bitcoin. You walk out of the store and for whatever reason, the employees do not transfer that BTC into fiat. The next day, the price of bitcoin goes down, which turns that $50 you paid into $30. You will still be walking away with everything you bought, while the company suffers financially.

It is not a fair situation, and thus many companies have refused to give a greenlight to crypto payments, but given the initial purpose of digital assets, it is always refreshing to see certain businesses – both large and small – open their minds and say “yes” to customers wishing to pay with crypto.

Linda Smith – the payments manager for Sheetz – explained in a statement:

We are constantly innovating and exploring new offerings. That includes accepting many forms of payment. We are very excited to be working with Flexa to roll out support for cryptocurrencies and other types of digital assets at our stores.

We are absolutely elated that Flexa can help them [Sheetz] become the first convenience and retail chain to accept digital currencies directly at the pump.

Flexa has a long history of partnering with mainstream companies to permit bitcoin and cryptocurrency payments. Among the establishments the firm has partnered with are Whole Foods and Home Depot. Sheetz says that crypto payments will only be allowed in stores at first, though options to pay at the pump will be rolled out at the end of 2021.