Home » Could Bitcoin Be Heading Into Unstable "2017-ish" Territory?

Could Bitcoin Be Heading Into Unstable "2017-ish" Territory? 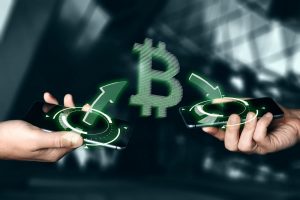 Bitcoin appears rather stable as of late. The currency has had some relatively wonky up-and-down moments over the past few weeks, but for the most part, the currency has found some sturdy ground to stand on over the past two days and is trading for a little over $56,000. It is not the $64,000 it was at just a few weeks ago, but it is certainly not the $49,000 it briefly dropped to after that.

Bitcoin Is Seeing Some of the Same Patterns

Either way, one research group is now claiming that bitcoin could wind up taking huge slides in price like it did in 2017 and 2018. Vanda Research says that investors need to brace themselves for what they are calling a “broader correction” in today’s market, which means bitcoin could be taking a trip down south in the coming months.

Vanda claims that some of the technical changes occurring on bitcoin charts as of late are reminiscent of the activity and behavior investors saw roughly four years ago. In a statement, the organization claimed:

The meteoric rise of cryptocurrencies has a whiff of déjà vu. When the rally started to look tired in November of 2017, investors rotated to lesser-known altcoins like Ripple and Ethereum, which quickly became household names, too. In the months that followed, cryptocurrencies cratered as retail investors rushed to the exit.

What is happening now is somewhat similar according to the company’s statements. Bitcoin, while previously mentioned as stable, has gone through a few twists and turns over the past few weeks. As a result, many investors have turned to altcoins such as Doge and ETH to stay strong in the market, and these coins – along with a few others – have skyrocketed.

Dogecoin, for example, rose to nearly 70 cents, the highest it has ever been up to this point, while Ethereum also charged through a new all-time high and is selling for more than $4,000. This is exactly what occurred at the end of 2017; bitcoin appeared tired in comparison to some of these newer assets, and currencies such as Litecoin, Ripple and Ethereum all blasted into considerably stronger territory.

Sadly, much like bitcoin’s success during that time, these currencies and their highs did not last long. While things eventually changed, it took well over a year for the market to find its footing again, and to be fair, these assets – back then – were not trading for the numbers they are at now, suggesting that a fall could be even more catastrophic for several mainstream coins.

Where Will Other Coins Go?

Under the pretext of institutional support, retail investors started rotating out of speculative retail stocks and pouring their money into bitcoin… [Dogecoin] has [now] failed to climb back to year-to-date highs, and if and when Ethereum suffers the same fate, the cryptocurrencies will likely face a wave of redemptions.