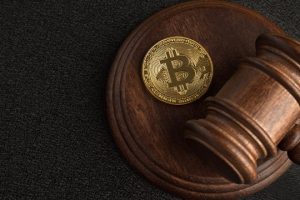 If you’ve ever been the victim of digital asset theft, help may be coming. Dr. Craig Wright, through Tulip Trading Limited, has been granted permission to serve 16 Bitcoin developers out of jurisdiction in order to recover access to and control of £4bn worth of Bitcoin stolen in a hack on Dr. Wright’s network in 2020.

The news was announced today by ONTIER, the firm representing Tulip Trading and Dr. Wright. The case is moving fast considering the number of defendants and the fact that all of them appear to be based outside the U.K. The developers received letters before action at the end of February.

This morning’s ruling came following the submission of a 173 page application by ONTIER. Developers for BTC, BCH, BCH ABC and Bitcoin SV (BSV) are in the process of being served and will meet Dr. Wright in court to determine which duties they—and developers generally—owe toward users of blockchains under their control.

According to ONTIER and Dr. Wright, blockchain developers owe fiduciary and tortious duties toward their users which would compel them to act when, for example, they are aware of transactions involving stolen assets taking place on their chain. After all, blockchain developers exercise significant control over their projects and many users place great reliance on that control being properly exercised. It is well established that the law finds duties in similar circumstances; ONTIER would argue that blockchain technology changes nothing.

In the press release, Paul Ferguson, partner at ONTIER, says this:

“Tulip Trading is, purely and simply, a victim of theft. The hacking was first reported to the Police in February last year. TTL has now been granted permission to seek recovery of its access to and control of its digital assets from those in a position to remedy its loss. The fact that someone has stolen Tulip Trading’s digitally-held, encrypted private Bitcoin keys does not prevent developers from deploying code to enable the rightful owner to regain control of its bitcoin.”

“In what may prove to be a huge relief to many, a ruling in Tulip Trading’s favour would have considerable implications for those who have lost access to their Bitcoin or had coins stolen.”

Given the likely number of victims of digital asset theft, ONTIER’s argument will be of great interest to many who are hoping for a remedy that they have so far been denied. CoinGeek will be following this case closely and providing updates as they come.