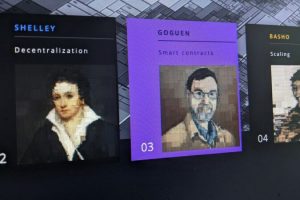 Recently, popular crypto analyst and trader Benjamin Cowen outlined how Cardano can follow in the footsteps of Ethereum to achieve even greater success.

In a video released on the eve of the launch of smart contracts support on the Cardano mainnet, i.e. the Alonzo hard fork combinator (HFC) event, Cowen told the over 538K subscribers of his YouTube channel that Cardano could build upon Ethereum’s success by emphasizing application adoption.

Cowen highlighted Ethereum’s widespread use for multiple protocols, including non-fungible tokens (NFTs) and decentralized finance (DeFi), whih cause users to hoard and spend ETH. The market strategist said Ethereum’s applications have been a large contributor to its market capitalization.

According to Cowen, Cardano has yet to achieve a similar level of adoption of app utilization. However, Cowen predicted Cardano’s ecosystem and network effect would continue to grow, leading to a positive impact on price.

As reported by The Daily Hodl, Cowen said:

None of us, I don’t think, are claiming that Cardano’s ecosystem is currently bigger than Ethereum’s, but I do think that Cardano will grow with time, and I do think that as more utility is actually built out on the platform, that this will have a positive impact on the price.

Cown then looked at the $ADA-$ETH trading pair and mentioned that if we get to see a new a-time high, that could make one $ADA token be worth as much as $4.50, which seems to be his medium-term price target for $ADA.

Cowen also said that $ADA was in a large re-accumulation phase trading between $1 and $3, but predicted the asset would “blast out” to a new milestone once $ADA breaks above $3.