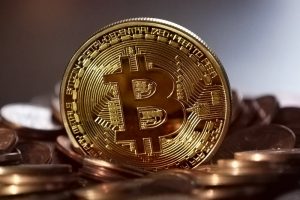 According to a recent report released by the Houston Chronicle, 29 supermarket locations in Texas could get cryptocurrency ATMs that would allow users to buy and sell more than 30 different virtual currencies. ATMs are very useful for users that want to get access to virtual currencies or sell their digital assets.

Supermarket Locations in Texas to Have Crypto ATMs

29 supermarket locations in Texas will now have cryptocurrency ATMs from Coin Cloud. The goal is to install these machines in H-E-B locations close to the Houston area. In this way, users will get access to more than 30 different virtual currencies such as Bitcoin (BTC), Ethereum (ETH), Litecoin (LTC) and many others.

It is also worth mentioning that crypto ATMs have usually bought and sold digital assets but few of them offered stablecoins. Nowadays, these ATMs will also include stablecoins pegged to the U.S. dollar.

Individuals that get access to these machines will be able to make transactions using a large number of payment methods such as cash or cards (debit and credit).

This is not the first time that the company decides to install crypto ATMs in the country. Indeed, Coin Cloud has already installed almost 2,000 machines in the country. This allows individuals to easily purchase or sell the coins they want without relying on a crypto exchange.

Bitcoin ATMs have been expanding all over the world in recent years, and the United States is the country with the largest number of ATM machines available. According to CoinATMRadar, they have more than 19,000 crypto ATMs installed in the country. This is clearly a leader in terms of how many crypto ATMs are installed.

Just to put it into perspective, Canada and the United Kingdom are the second and third countries in the world with the largest number of ATMs installed, respectively. This shows that United States remains a leader in the market when analysing in terms of the expansion of crypto ATM machines.

With these new machines, it will be possible for customers to get access to virtual currencies in a fast and easy way without depending on a crypto exchange. At the same time, they would also be able to sell their coins and get U.S. dollars or purchase stablecoins if they want to keep their value on top of blockchain technology.