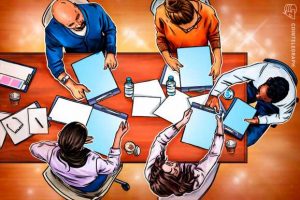 Sam Bankman-Fried, the former CEO of now-bankrupt cryptocurrency exchange FTX has declined to testify before the United States Congress until he’s “finished learning and reviewing what happened.”

Bankman Fried’s unwillingness to testify before the Congress slated for Dec. 13, despite a barrage of media appearances, didn’t go down well with the crypto community. After a spiral collapse of the FTX and its sister companies in the second week of November, Bankman-Fried made his first live public appearance on Nov. 30 during the New York Times’ DealBook Summit. A day later, he appeared in a Good Morning America interview and a Twitter space hosted by IBC Group founder and CEO Mario Nawfal.

Alex Berenson, an author by profession, took a quip at Bankman-Fried’s refusal to testify despite his media frenzy and said that the former CEO is “happy to talk to anyone and everyone… just as long as he’s not under oath.”

Zerohedge, a popular libertarian financial blog, mocked the whole debacle and how Bankman Fried has managed to dictate terms with the lawmakers.

Another user pointed toward the hefty donations made by the former CEO to the democratic party, implying that his donations have given him leverage to get away with stealing people’s money while telling Congress when he will testify.

A popular crypto influencer that goes by the Twitter name Crypto Bull called Bankman Fried, a “Democrat rat” who stole $8 billion in people’s money without facing any consequences while there are people in jail for smoking marijuana.

Another Twitter user called it a disgrace that a man who stole money from customers has the leisure to dictate terms with Congress. The user wrote:

“He shouldn’t have the option of “at his leisure” – they need to subpoena him to show up and get the handcuffs ready. Learning what happened is a complete lie.”

Many in the crypto community have questioned the lawmakers in the U.S. over their failure to act swiftly against the disgraced CEO. Others have pointed toward Bankman-Fried’s hefty donations to Democrats and his political affiliations.