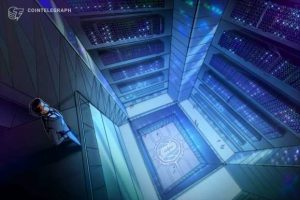 Digihost, a United States-based cryptocurrency mining company, has announced plans to move part of its fleet from New York to Alabama in an effort to lower energy costs.

In a Tuesday announcement, Digihost said its 55-megawatt (MW) facility in Alabama — which the company acquired in June — will host some of its crypto miners from New York, leading to lower operating costs. According to the mining firm, it aims to have a hashing capacity of 28 MW at the Alabama facility by the fourth quarter of 2022, and 55 MW by the second quarter of 2023.

Like other crypto miners dealing with rising energy costs amid a bear market and record heat in parts of the United States, Digihost reported that it sold Bitcoin (BTC) produced in July. As of July 31, the company reported it held roughly 220 BTC and 1,000 Ether (ETH) — valued at $6.8 million combined — and had no debt.

Canadian crypto mining firm Bitfarms and Core Scientific both reported selling part of their BTC holdings in June and July, respectively, as part of a strategy to settle debts and increase capacity. In addition, Riot Blockchain announced in July that it would be relocating some of its miners from New York to Texas in an effort to lower operating costs.

Many mining firms in Texas reported scaling back or shutting down operations over the summer amid extreme heat. Experts have suggested the state’s energy grid may not be prepared to handle demand due, in part, to the power needed for air conditioners, citing a greater demand for maintaining comfortable temperatures than during the massive winter storm of 2021.

Cointelegraph reached out to Digihost, but did not receive a response at the time of publication.