Home » Crypto » Crypto Twitter Goes Frenzy Over Apple’s $2.5b Bitcoin Purchase Rumor! What Are the Odds of This Being True?

Crypto Twitter Goes Frenzy Over Apple’s $2.5b Bitcoin Purchase Rumor! What Are the Odds of This Being True? 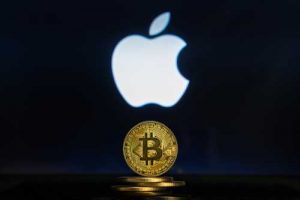 Right, when Bitcoin is in desperate need of a strong catalyst to pick it up from the sideway’s trade Crypto Twitter is bombarding with the rumour that Tech Giant Apple has purchased $2/$2.5 billion worth of Bitcoin.

From popular analysts, CEO’s of crypto organizations to retail hodlers and fans everybody is joining the bandwagon. The rumour is making rounds for a couple of days now. The balance between rumour fuelers and rumour rubbishers is properly maintained.

Popular trader Altcoin Gordon has been playing around the rumour by his various tweets and replies too.

ChainLeak’s CEO, Joshuwa Roomsburg mockingly tweeted if the rumour turns out to be true he is ready to purchase the next iPhone straight away to mark the move. He also speculated that this could be the catalyst that propels Bitcoin’s price toward $100,000 per coin.

While some Tweets are just goofing with the rumour, some tried to give their own rationale to the rumours.

Apple dont do anything controversial. They’re very brand conscious. Bitcoin does not at this juncture fit with its brand ethos. I would love nothing more, but its too rebellious a move for them and too many opportunities for people to use it against them

What are the Odds?

There have been no formal confirmations from Apple or its authorities, and considering Apple’s previous distrust of Bitcoin, this rumour could turn out to be nothing more than that.

Nonetheless, following Tesla’s $1.5 billion BTC acquisition in February, many are hoping that Apple will be the next company to make such a large purchase.

Ran Neuner, the CEO of OnChain Capital, answered by bluntly stating that it will not happen, at least not anytime soon.

However, the only affirmative sign Apple has shown towards Bitcoin is the Job Posting it did in May. The post is for a Business Development Manager dealing with “Alternative Payments.” One of the key requirements for the job is over five years of experience working with alternative payment providers, including cryptocurrency.

The Odds are very low as of now but, whatever floats the crypto twitter’s boat will be just fine.