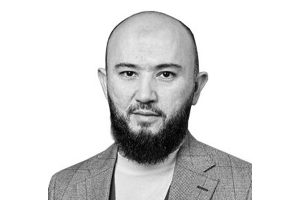 Keeping pace with Elon Musk is hard work. For a while, he was all-in on Bitcoin. But, then his recent tweet about Bitcoin mining’s energy sources made the accusation that all miners are destroying the planet by using dirty fossil fuels to power their operations.

But, is that the truth?

It’s true that Bitcoin mining does consume a massive amount of energy, with miners needing the cheapest energy sources they can find. But, the cheapest sources of energy are sustainable resources like wind, solar, and hydro, which the majority of miners are using already. Additionally, there’s an ongoing move to sustainable energy in the mining industry in general.

We’ve been in this industry for a long time, longer than Musk, so we know all the issues and considerations around Bitcoin mining’s environmental impact, and can separate the myths from the reality. Here’s why everyone should stop worrying about it.

What Is Bitcoin Mining?

Bitcoin is a decentralized digital currency run on blockchain technology that is inflation-proof, a store of value, and an alternative to government-issued fiat money. Created just over a decade ago, Bitcoin has risen to a market cap of $803 billion, grown exponentially in its everyday adoption, and has spurred an entire financial industry around it.

But, where do bitcoins themselves come from? They’re mined through a process that has miners all over the world using specialized hardware to solve an algorithm that adds a block to the blockchain. The miner that solves the algorithm first receives bitcoins as a reward, and also allows a new block of transactions to the Bitcoin blockchain. Then the process starts over again.

As you can imagine, mining uses a lot of computing power, and miners need to keep energy costs low to stay profitable, which means that miners are looking for the cheapest options out there.

And, the assumption is that the cheapest is the dirtiest.

The myth that unfortunately Musk is perpetuating is that all miners are using cheap fossil fuels to power their operations, which raises red flags around sustainability and the environment. But, that’s just not true, and here’s why.

Myth #1: Fossil Fuels Are the Cheapest

One myth is that fossil fuels like coal and gas are the cheapest sources of energy, so in wanting to keep overhead down, miners will use these dirty, unsustainable sources. That’s not true, because they’re not the cheapest. In fact, clean, sustainable energy sources like hydro, wind, and solar are the cheapest, often by a large margin. For example, a 2019 report found that 56% of new utility-scale renewable energy, 90% of hydro, 75% of wind, and 40% solar are still cheaper than the cheapest fossil fuel option.

Myth #2: All Miners Use Fossil Fuels

The assumption (as alluded to by the tweet) is that all miners use fossil fuels, and are therefore destroying the environment. While there are certainly mining operations still using fossil fuels, many mining operations are using those cheaper, more sustainable sources of energy. ARK Invest and the Cambridge Center for Alternative Finance found that 76% of miners are already using sustainable energy sources, and 95% of Chinese mining was powered by hydropower in the Sichuan province.

Myth #3: Mining Is Dirty and Unsustainable

There are many who believe that Bitcoin mining is unsustainable, not just in terms of the energy it consumes but also with the amount of energy it produces, and is seen as a waste. But, not only are mining operations seeking out cheaper, sustainable energy inputs, they’re innovating ways to use their energy output sustainably as well: powering greenhouses, powering other local industries and even heating towns.

Bitcoin mining is estimated to use up to 110 terawatt-hours per year, which is the equivalent of the electricity production of a small country. Many critics point to that number and say that carbon emissions and their impact on the environment must be high as well. But, as a Harvard Business Review article points out that “you cannot extrapolate the associated carbon emissions without knowing the precise energy mix” that’s going into Bitcoin energy consumption. As we saw above, much of it is already renewable. Additionally, Bitcoin mining uses the excess of other energy sources that would otherwise go to waste. So, Bitcoin’s carbon footprint is much smaller.

Many cite the energy expenditures of Bitcoin being comparable to a small country as just too much, too high and too expensive. But, as Coinbase points out, a small country may have a GDP of $400 billion, whereas Bitcoin has a market cap of around a trillion. They also point out that Bitcoin consumes far less energy than other financial systems, like gold mining, and even powering bank branches and ATMs.

The reality of Bitcoin mining’s environmental impact is already positive and growing more each day. While many miners are already using sustainable resources, the industry as a whole is fighting to get more operations moving to sustainable sources of energy. This is evidenced by the recent Crypto Climate Accord, which has already gotten the support of 45 organizations and individuals who will make efforts to move the cryptocurrency industry to zero emissions by 2030.

Furthermore, we’re seeing more mining operations move to countries that have more favorable policies around Bitcoin mining, and that can provide sustainable energy sources like wind, hydro, and solar. With the recent shutdown of Chinese mining operations, that migration will only accelerate.

Overall, Bitcoin mining not only provides the world with a new alternative to money but makes efficient use of the world’s energy. There are bigger issues to worry about than the environmental impact of Bitcoin mining because that impact is a positive one.