Decentralization in DeFi is an illusion, BIS quarterly review concludes 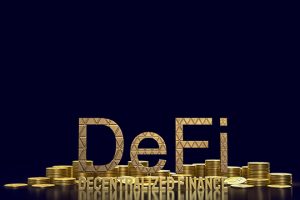 Decentralized finance (DeFi) has a role to play in the future of finance, according to the Bank for International Settlements (BIS). However, it poses a risk to the global financial system and is prone to abuse and manipulation in its current form. The bank also hit out at the sector’s perceived decentralization which it claims “is an illusion.”

In its quarterly review, the Basel, Switzerland-based organization delved into DeFi, a sector that’s now worth hundreds of billions of dollars and increasingly critical to the digital currency industry. DeFi relies on smart contracts to facilitate lending, borrowing, and trading, unlike traditional platforms with a trusted central entity.

“In principle, DeFi has the potential to complement traditional financial activities. At present, however, it has few real-economy uses and, for the most part, supports speculation and arbitrage across multiple cryptoassets,” BIS stated in its report.

First, it’s impossible for DeFi platforms to device contracts that can cover all possible future business needs. Centralized entities are better equipped to deal with this “contract incompleteness.” Second, he added that blockchain’s consensus mechanism favors the concentration of decision-making power in a few large coin holders or validators.

DeFi could pose a huge challenge to financial stability, the executive believes. He singled out high leverage, liquidity mismatches, the lack of shock-absorbing capacity, and the built-in connectedness of the ecosystem as the biggest challenges. He noted that it’s crucial to solve these issues before DeFi gains systemic importance. Regulation is one of the key ways to achieve this, he said.

In a follow-up interview, BIS General Manager Agustin Carstens doubled down on the bank’s criticism of DeFi.

“What we found is that, first, the decentralized aspect tends to be illusive,” the former governor of the Bank of Mexico, who took over at the BIS in 2017, told CNBC. “There are some incentive issues related to the fact that, through this decentralization, at some point you end up with some agents that play an important role, and not necessarily for the best [interests] of users of financial services.”

Agustin believes that DeFi platforms already have elaborate governance structures, but “they are hidden and not apparent. The ones who facilitate transactions are present, and sometimes with not very clear incentive.”

Timo Lehes, the co-founder of decentralized exchange Swarm Markets, concurs. He believes that while the industry is making strides in becoming regulatory compliant, there is still a lot of progress that needs to be made before it can gain the legitimacy it needs.

“There’s much to gain from operating within regulatory frameworks established to protect investors and maintain access to markets,” he pointed out.

DeFi was founded with the noble idea of facilitating peer-to-peer lending and borrowing in the digital assets space. But just as it happened with Bitcoin, which Satoshi Nakamoto created as an electronic peer-to-peer cash system for the people, this vision was hijacked. Nowadays, DeFi revolves around acquiring tokens that investors believe will shoot up in value and make them overnight millionaires.

Currently, there’s over $260 billion locked in DeFi platforms globally, according to data from DeFi Llama. Ethereum, at over $170 billion, dominates this sector, with the Binance Smart Chain and Terra trailing at a distance.

However, in recent months, DeFi has grabbed headlines for all the wrong reasons. DeFi hacks and rug pulls become an almost daily phenomenon. The Binance Smart Chain has especially been a haven for these scammers and hackers, to the point that the project at one point claimed that hackers were specifically targeting it.

According to London-based analytics firm Elliptic, over $10 billion has been lost in DeFi hacks in the first 11 months of this year alone.