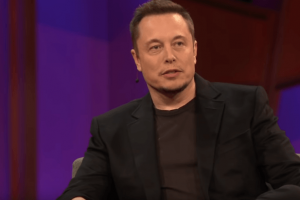 Dogecoin was initially released on 6 December 2013, as a “fun and friendly internet currency.” It was created by Billy Markus and Jackson Palmer. It is “a decentralized, peer-to-peer digital currency” that has as its mascot “Doge”, a Shiba Inu (a Japanese breed of dog). Since then, its popularity has substantially increased, especially in the past couple of years, mostly thanks to support by billionaires Elon Musk (the CEO of Tesla and SpaceX) and Mark Cuban. In fact, in 2019, Musk said that $DOGE might be his favorite cryptocurrency.

As you probably already know, on 27 October 2022, Musk completed his purchase of Twitter:

On 1 November 2022, Musk sent out the clearest hint that he wants $DOGE to become the “official” cryptocurrency of Twitter:

From the last slide in his presentation, it looks like Musk is saying that Twitter 2.0 will definitely support payments, but he is not revealing in what form this support will come.

Well, that was all Dogecoin fans needed to send the price higher, as you can see from the chart below: