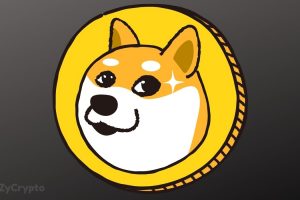 Elon Musk is lending his voice to growing calls from the Dogecoin community for McDonald’s to start accepting DOGE. In a tweet, Musk stated that he would eat a McDonald’s Happy Meal on television if the fast-food restaurant chain begins accepting DOGE.

Fans of the leading meme coin have been clamoring for McDonald’s to start accepting Dogecoin. The request caught on since the organization’s official Twitter handle showed some interest in the community. McDonald’s sent out a tweet of the Shiba Inu dog featured on Dogecoin’s logo, in response to the co-founder of the meme coin, Billy Markus, requesting a fry from them. The DOGE community has been under the post commenting that McDonald’s accepting DOGE would be a win for both sides.

How has McDonald’s responded?

McDonald’s has however not stated if it will accept DOGE but has commented that it is evaluating payment experiences. They have also continued to engage the crypto community with some fondness, recently asking how crypto accounts were fairing – amidst the dip. The intent is probably to lighten things as part of a standing crypto community joke that when the crypto market crashes, market participants could always resort to gaining employment with the fast-food chain. The meme has been jumped on by market participants including Nayib Bukele, and Michael Saylor.

McDonald’s is however not new to cryptocurrencies and crypto payments. McDonald’s outlets in El Salvador accept Bitcoin as the cryptocurrency is legal tender in the Central American country. McDonald’s recently created an NFT collection of its trademark sandwich, the McRib. It gave away ten NFTs to its customers while celebrating the 40th anniversary of the sandwich.

Musk’s addition of his voice to the calls for McDonald’s to accept DOGE might possibly help the DOGE community’s cause. Musk holds significant clout in the crypto market as well as globally. Since his tweet directed at McDonald’s, the price of Doge has increased significantly. DOGE is currently trading at around $0.14, up 9.5% from the last 24 hours.

Musk has been a firm DOGE supporter and even started accepting the meme coin as payment for Tesla’s branded merchandise. To Musk, DOGE holds more potential to become a widely adopted form of payment than Bitcoin.