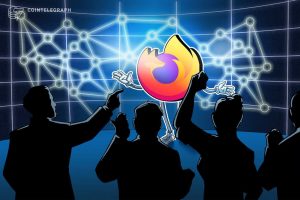 The Mozilla Foundation’s back-tracking on crypto has earned a reaction from the creator of the world’s first meme cryptocurrency.

On Dec. 31, 2021, Mozilla, the developers of the Firefox internet browser, tweeted that the company was accepting cryptos like Dogecoin (DOGE), Ether (ETH), and Bitcoin (BTC) as donations, along with a Bitpay donation link.

However, less than a week later, the campaign was stopped after it received backlash from users and programmer Jamie Zawinski, a co-founder of Mozilla. According to Zawinski, everyone involved should be “ashamed of this decision to partner with planet-incinerating Ponzi grifters.”

Zawinski didn’t stop there. As a follow-up, he published a blog post on his website and wrote that the crypto industry’s business model is unrealistic. “They manufacture only pollution, nothing else, and they turn that into money,” wrote Zawinski.

In response, Dogecoin creator Billy Markus tweeted his disapproval of the move, pointing out the impact of paper dollars and traditional banking infrastructure.

In an interview with Cointelegraph back in November, Alex Salnikov, co-founder and head of product at NFT marketplace Rarible, said that pressure to become more eco-friendly may be good for the industry. “Additional pressure is a good thing, as the space is accelerating its push to become energy efficient with proof-of-stake blockchains,” said Salnikov.