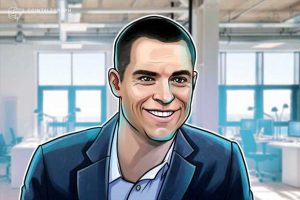 Roger Ver, an early investor and ardent promoter of Bitcoin (BTC) which earned him the moniker “Bitcoin Jesus” has resurfaced on Twitter after a year and backed Dogecoin (DOGE) in an interview, preferring it for payments over the world’s first crypto.

In an interview with Bloomberg, the Bitcoin.com founder said how he was a fan of the memecoin due to its fast transaction times and low fees:

“Dogecoin is significantly better, it’s cheaper and more reliable [than Bitcoin]. If I had to pick three contenders for the world’s dominant cryptocurrency, they would be Doge, Litecoin and Bitcoin Cash.”

“It’ll certainly make Twitter more attractive,” said Ver. “I am really, really grateful that Musk is out there calling out censorship.”

Although Ver was a proponent of Bitcoin for years, he now spends his days as a Bitcoin Cash (BCH) evangelist, the altcoin which forked from Bitcoin after a dispute over the block size.

A video posted in March to Ver’s YouTube channel shows he and his entourage onboarding retail merchants and taxi drivers to use Bitcoin Cash as a preferred payment method in Saint-Martin.

Ver says that Bitcoin Cash is the true vision of Bitcoin creator Satoshi Nakamoto, and despite all his advocacy for the crypto, he claims he isn’t all in on BCH:

“I am definitely a cryptocurrency whale still, I’ve always had a wide assorted basket in cryptocurrency. I was never a Bitcoin or Bitcoin Cash maximalist.”

In his return to Twitter, Ver wasted little time calling attention to crypto’s first principles, with his second tweet after his hiatus on April 28. He said that custodial wallets like those used by traders interacting with centralized exchanges would cause Bitcoin to lose a “key revolutionary property.”

Noncustodial wallets where the user retains control over the assets is something that allows Bitcoin to stand out from banks and other financial products.