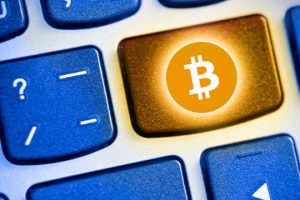 Law enforcement authorities in the United States have gone to court in a bid to protect and return over $150 million stolen from Sony and turned to BTC. The U.S. Department of Justice (DoJ) says that an employee of a Sony subsidiary stole the money by falsifying funds transfer instructions, but authorities were able to trace it and are now working to get it back to the company.

In a press release, the DoJ identified the suspect as Rei Ishii, who worked for Sony Life Insurance Company Ltd., a subsidiary of global consumer tech and media conglomerate Sony Corporation.

According to the DoJ, Ishii diverted $154 million as the company was trying to transfer funds between its financial accounts. He allegedly falsified transaction instructions, causing the funds to be transferred to a Silvergate Bank account under his control. He then converted all the funds into BTC and transferred them to a cold wallet.

Ishii reportedly tried to cover up his trail by sending a ransom note to his supervisors at Sony Life, stating, “If you accept the settlement, we will return the funds back. If you are going to file criminal charges, it will be impossible to recover the funds.”

“We might go down behind all of this, but one thing is for sure, you are going to be right there next to us. We strongly recommend to stop communicate (sic) with any third parties including law enforcement.”

This didn’t stop the investigators who tracked down the funds to the cold wallet and were able to repossess the BTC after obtaining the private keys. At current prices, the stash is now worth over $189 million.

The 32-year-old was arrested earlier this month by Tokyo’s Metropolitan Police Department. He was criminally charged for obtaining $154 million through fraudulent means, authorities said.

Acting U.S. Attorney Randy Grossman reminded the public that digital currencies are not a criminals’ haven. The U.S. government is well equipped to go after digital currency criminals.

“Criminals should take note: You cannot rely on cryptocurrency to hide your ill-gotten gains from law enforcement,” he said.

Follow CoinGeek’s Crypto Crime Cartel series, which delves into the stream of groups—a from BitMEX to Binance, Bitcoin.com, Blockstream, ShapeShift, Coinbase, Ripple, Ethereum,
FTX and Tether—who have co-opted the digital asset revolution and turned the industry into a minefield for naïve (and even experienced) players in the market.