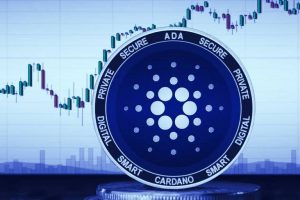 It’s been a wild rally so far in 2021 for Cardano’s ADA cryptocurrency registering over 630% gains year-to-date. The recent price rally comes as Dubai-based crypto investment fund FD7 Ventures has announced major investments ahead in Cardano over the next month.

As per the press release, FD7 ventures will liquidate 75% of its $1 Billion Bitcoin fund and increase its positions in Cardano (ADA) and Polkadot (DOT). The investment firm believes that an increase in its altcoin holdings will better serve FD7 investors. Prakash Chand, Managing Director at FD7 Ventures said that he doesn’t see much value in holding up to Bitcoin for the long term. Mr. Chand said:

“Aside from the fact that Bitcoin was first to market and society has given it meaning as a store of value, I think Bitcoin is actually pretty useless. Projects such as Cardano, Polkadot and Ethereum are the foundation of the new internet and Web 3.0.”

The crypto investment firm has already started transitioning its funds and expects to complete the conversion transactions by mid-to-end March. Over the last few years, Cardano CEO Charles Hoskinson (also the founding member of Ethereum) has been single-handedly steering up some core developments in Cardano.

Under the leadership of Charles Hoskinson, Cardano’s ADA team has been relentlessly working in building blockchain solutions that address the needs of millions of unbanked customers. Besides, several updates recently introduced on the Cardano protocol has brought more functionality for consumers thereby growing the community stronger.

Besides, the much-awaited Mary hardfork on Cardano is set to take place two days later on March 1. this will give users the ability to create their own native custom tokens adding multi-asset support to the platform. “Native assets could be used to mint non-fungible tokens, or ‘NFTs’, which can be used to represent a huge range of unique real-world and digital assets.”, said the Cardano Foundation.

Looking at the future development for Cardano, FD7 Ventures director calls Charles Hoskinson as one of the brightest minds in crypto.

“I’ve been lucky enough to spend lots time with the brightest minds in crypto and I’m willing to bet that each of Ethereum, Cardano and Polkadot will be more valuable than Bitcoin within the next few years,” continued Chand.

“Glow is portable. Now it works on Cardano and Ethereum but in the future it will work with any blockchain that is sufficiently advanced. That means that you can run your app once and you’ll never have to worry about it working on any other platform. So, developers will run their application on the blockchain that works the best and those that work best will shine on their own merits. This makes blockchains compete to bring a solid value proposition”.