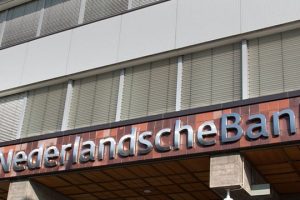 The central bank of the Netherlands, DNB, has reversed its recent decision to tighten up the rules around withdrawals from cryptocurrency exchanges, over concerns the measures would have amounted to an unnecessary invasion of customer privacy.

Back in January, the central bank published new rules for digital currency exchanges which would require them to collect more personal details about users at the point of withdrawal. As well as supplying a recipient address for the funds, users would also be required to provide a photo for verification, proving that they owned the address.

The proposals were met with dismay from the digital currency sector in the Netherlands, with objections filed with the bank, including from local exchange Bitonic. Nevertheless, both Bitonic and Bitstamp began enforcing the new rules on customer withdrawals.

In a statement of objection filed in March, Bitonic said the requirements were unnecessary and went far beyond what was required to achieve the central bank’s aims.

“Aside from the fact that verifying every address for every transaction has no technical merit, it is also a serious violation of our customers’ right to privacy.”

In April, a judge in Rotterdam ruled the objection had merit, and that the DNB should consider the objection and respond accordingly within a six-week timeframe.

Reversing its earlier position, DNB said the measures do “not do enough justice to the discretion that an institution has to implement this standard in a risk-oriented manner.” Consequently, the wallet verification requirements were rescinded, though exchanges are still expected to take steps to verify the identity of those withdrawing funds.

The relaxation of the rules will be welcomed by digital currency exchanges in the country, which now have to adhere to the requirements in principle, without any definitive stipulation of the method.