EAID Has Decided To Burn 30 Million Tokens In Presale 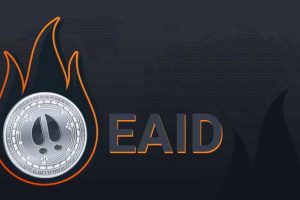 The Ekart token project has launched EAID as a support token. It is done to render remarkable support to the Ekart Inu token. And the good news is that the EAID token is blowing up right now! With cryptocurrency traders rushing to invest their money, a few are still standing with a vague idea about the EAID. To clear all your queries, here are some facts about the token.

The total token supply of EAID is 10000000000 with its launching price of $10. The team made an incredible move on this token. They have sent 99% of the EAID token to the burn wallet. So, the remaining 1%, that is 100000000 tokens, are going out for trade.  Again, they have made another big move by burning the tokens in the presale, which is equivalent to 30000000 EAID tokens. Hence, the existing token value will become higher. Furthermore, when this happens, all the EAID investors achieve their dream price in a very short span of time. If they like, the big investors can think about EAID to buy the tokens in large amounts so that they might have a chance to buy all the tokens before the presale. The burning of EAID tokens had become the talk of the town among crypto lovers. Here is a look at what it means to burn a token.

Let’s have a look at what it means to burn tokens. Token-burning is the permanent elimination of existing cryptocurrency tokens from circulation to make them unusable. This burning process is an intentional action exercised by the token’s creators to “burn” or remove from circulation and a specific number from the total available tokens in continuation. These tokens are sent to the ‘eater address’ for their destruction. In simpler words, it is the act of sending cryptocurrency tokens to a wallet that has no access key. Without the private key, these tokens cannot be accessed by anyone and are lost forever. Burning tokens essentially eliminate them from the available supply, therefore raising their relative price.

Larger blockchains such as Ethereum and Matic Main net do not generally employ this mechanism. Instead, altcoins and smaller tokens are often burnt to command their supply offering significant incentives to investors.

The portion of the tokens that are being burnt can be verified on the blockchain. These tokens are sent to a wallet to which no one has access; it can be done in several ways. Most commonly, it is done by sending the tokens to a so-called eater address. Its current balance is publicly visible on the blockchain, but access to the contents is unavailable to anyone.

As a matter of fact, every cryptocurrency token can be burnt. The decision to burn the tokens is usually vested in the developer team of the token. Sometimes, the core community can also initiate the token burns.

There are different reasons to burn cryptocurrency tokens. It is known to directly incentivize and reward a project’s investor base. Token burns directly affect the dynamics of supply and demand. The most notable objective is to create a deflationary effect. By reducing the overall number of tokens in circulation, these events make tokens scarce and boost the cryptocurrency’s valuation. It drives the token price higher which ultimately makes the existing investors pretty glad as the value of their investments increases fourfold.

Usually, investors burn tokens with the hope to increase their value. For example, 99% EAID’s tokens were burnt to increase the token’s value. However, this burn dramatically reduced EAID supply by over 99 percent. The price impact on EAID was instantly noticeable in the short term, jumping from 10$ to 12$ dollars in a month once they were listed on exchanges, the hike was around 20 percent. Moreover, continuous burning keeps a token’s value steady in the short run and results in value appreciation over the long term.

Token burning acts much like share buyback by companies. The tokens can be repurchased at reasonable rates and then instantly burned to increase the value of each holder’s existing token amount. Also, tokens are generally repurchased at market price to return their investments in the currency.